Because There Are Games to Watch, and These TVs Make Them Enormous

March Madness is here. We trust that you’ve got your bracket in order, so all that’s left to do: find the perfect spot to skip work and watch some basketball.

Since you'll need to park yourself in front of a TV for the next couple weeks, you might as well make it a nice one. Ideally, one of the largest in America.

To help with that, here are 11 of the biggest, brightest ways around the country to watch some plucky Cinderella ruin your bracket.

You knew Texas would go big. The Live! Arena at the Texas Live! complex is not only chock-full of exclamation points, but it's a multi-level sports haven with 35,000 square feet of eating, drinking and TVs. Of particular note: the 100-foot HD LED screen you see above, but with basketball on it. Texas Live!, Arlington 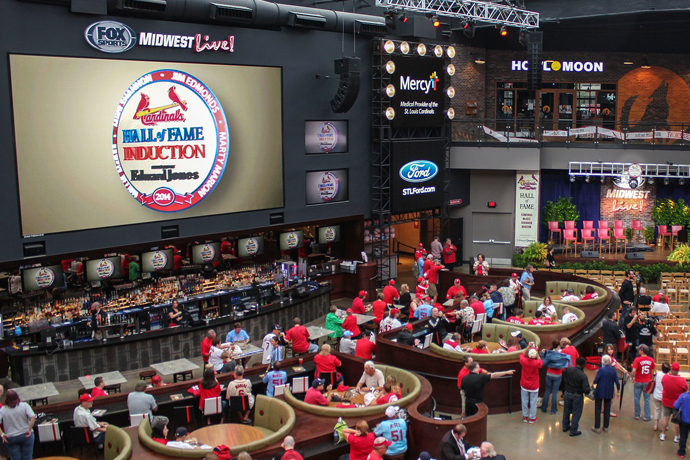 This behemoth of a St. Louis bar has a 40-foot LED screen, a retractable glass roof and, like its Texas cousin above, an exclamation point in its name. Bally Sports Live!, St. Louis

Located in the heart of Boston sports, right next to where the Celtics and Bruins play, you'll find Banners. Walk inside, and you'll find a 39.5-foot LED screen that is supposedly the largest on the east coast, plus 60 draft beers to keep you occupied during timeouts. Banners Kitchen & Tap, Boston

Here you’re dealing with the self-proclaimed largest HD projector in DC at 240 inches. That’s 20 feet. And despite what the above places say, that’s big. Public Bar, Washington, DC

Sink into one of the comfortable leather chairs and point yourself toward this 85-foot-wide wall of screens. It'll show all the games, naturally. And if you’d like to place a bet, good news, you’re in Vegas. BetMGM Sportsbook at the Mirage, Las Vegas 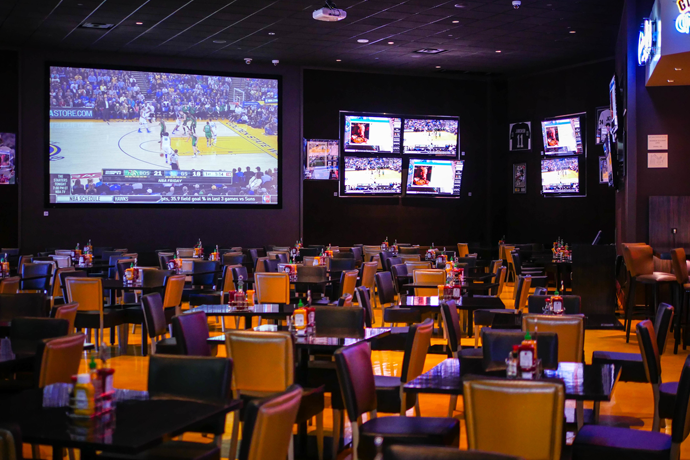 A couple of 200-inch projectors and a wall of TVs ensure there’s not a bad seat in the house. Good for catching all the buzzer beaters while multitasking on some nachos. Zone 8 Sports Bar & Grill, San Jose 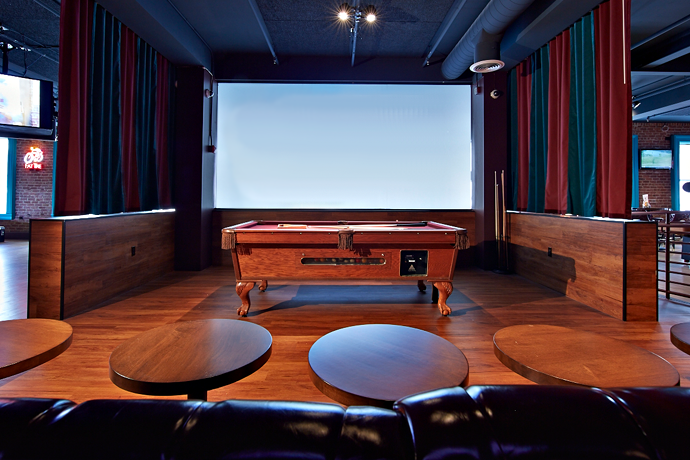 Have a drink and watch your alma mater run the fast break, then play a few games yourself, like pool, shuffleboard and skee-ball. Don't forget to hydrate. Golden Gate Tap Room, San Francisco

Dantanna's is more of a steakhouse than a sports bar, but they get the nod here for having 20 TVs, including a 132-inch projection screen. Do a little math, and you'll see that that's a respectable 11 feet of viewing area. Dantanna's, Atlanta 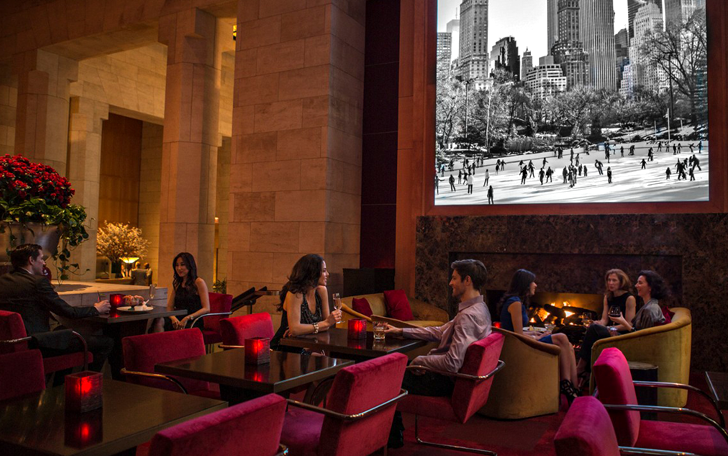 See that picture on the wall? It’s really a 144-square-foot LED screen that shows all the big games. So if you’d like to start the wave somewhere you probably shouldn’t, well... Ty Bar at the Four Seasons, New York