The Guy Behind Zuma and Coya Has Something New for You 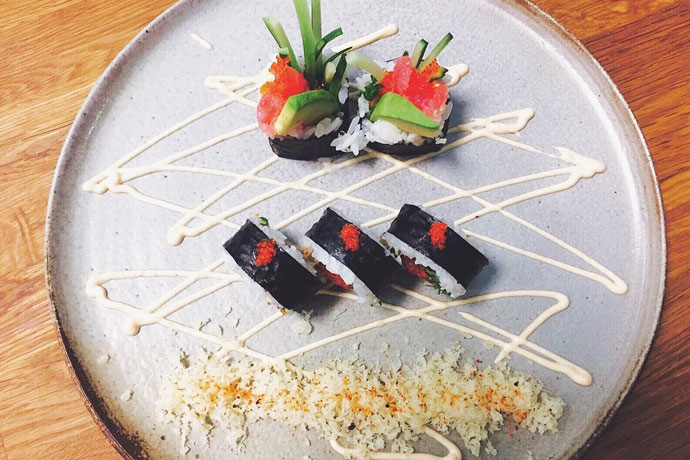 Just a few more gallery parties where no one’s talking about the art.

You’ve got this, friend.

Especially now that you have DÔA Miami Beach, a hot-pot-and-steamed-bun-laden respite from the seasonal madness of late-night South Beach. It’s open now, and this is what it looks like.

It’s from Arjun Waney, the same restaurateur behind Zuma and Coya. So that’s a promising start. But things are a touch more casual here. Exposed ducts. Wood tables. A massive tiled island bar. The kind of place you might hole up in at 3am looking for warm reassurance in the arms of a loving hot pot. (Casual aside: it’s open until 5am.)

Now, it’s billing itself as an Asian cantina serving “LatAsian” food. Which basically means that a whole lot of dim sum, ceviche and steamed buns are about to start parading across your table. And it’s kind of hard to get mad at that.

Drinks? Sure. The bar has a preference for Latin and Asian staples—pisco, tequila, sake, Japanese whiskey. But then there’s the small matter of the apple-and-shiso mojito.

It’s the unofficial drink of LatAsia.