Why Is It Still Pretty Warm?

Out East: Five Things for Unseasonable Warmth. Out West: Five for “Winter” as Usual. 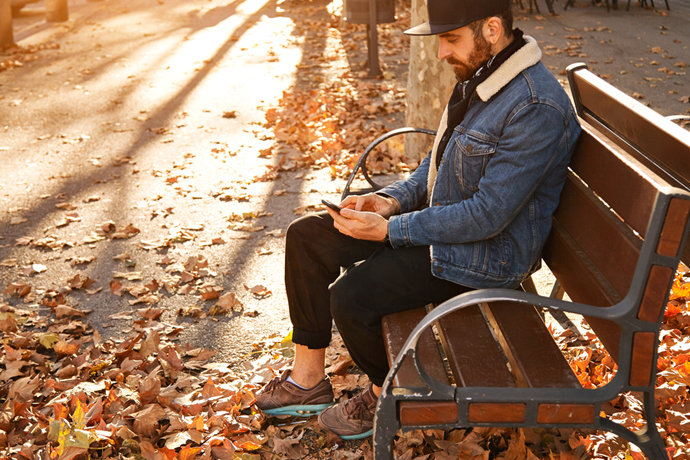 Anxiety has no place on days of suspiciously unseasonable warmth. Those days should be soaked up and called in sick for. So what do you do when it’s still climbing into the upper 50s approaching December? Do you play it safe and just prepare for winter to drop at any second? Or do you play the odds and hope you’re not walking around shivering at dusk? Two editors will now tackle this vital issue.

Geoff Rynex: Versatility is the key. That doesn’t just mean layering. In fact, layering feels a little like cheating. No, versatility means things that are easy to tuck away if you don’t need them, and things that’ll stand on their own in a fairly broad range of temperatures. Here are my five solutions: 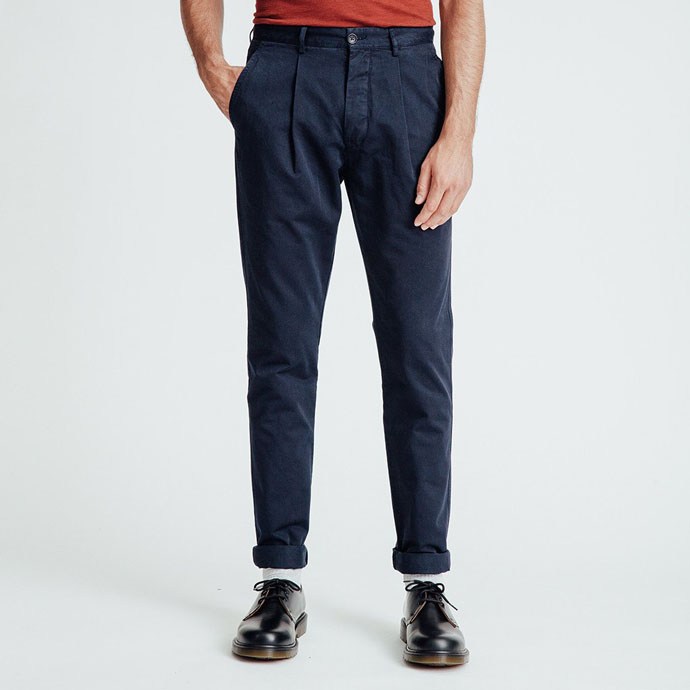 Unis Davis
People wear chinos all year. The only thing that changes is the color scheme. They’re a miraculous garment. Have you ever heard anyone say, “Damn, my legs are so freezing cold because of these chinos” or “These chinos are just burning up”? No, and not just because those would be weird things to say. Here’s a pleated version, for fun. 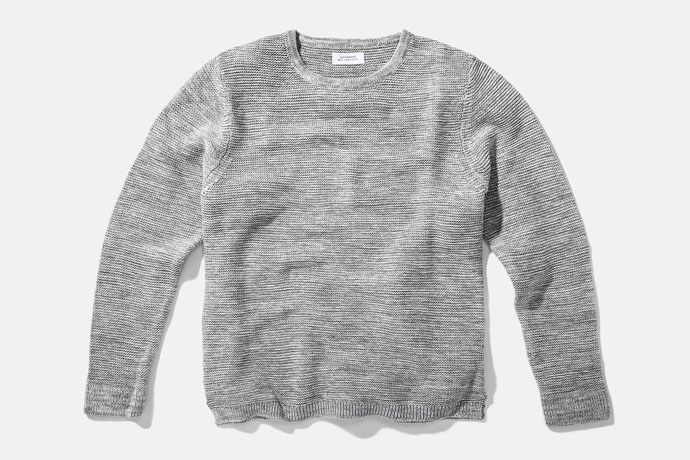 Saturdays NYC Wade Sweater
Saturdays comes from surfing roots. So it makes sense that they’d have an ethos of making clothes that work for both hot and cold. For instance, this sweater. You can definitely wear it as a layer through the winter, but it’s best on its own, boldly defying overcoats. 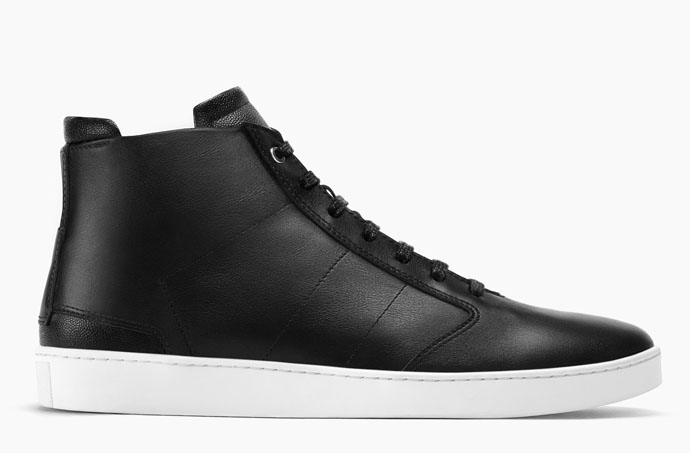 Want Les Essentiels Lennon Mid
Sneakers are key to enjoyment. It’s hard to say there’s a wrong time of year for white sneakers—save when snow’s on the ground or rain is falling—but the days are getting darker, so get your shoes on the same page. 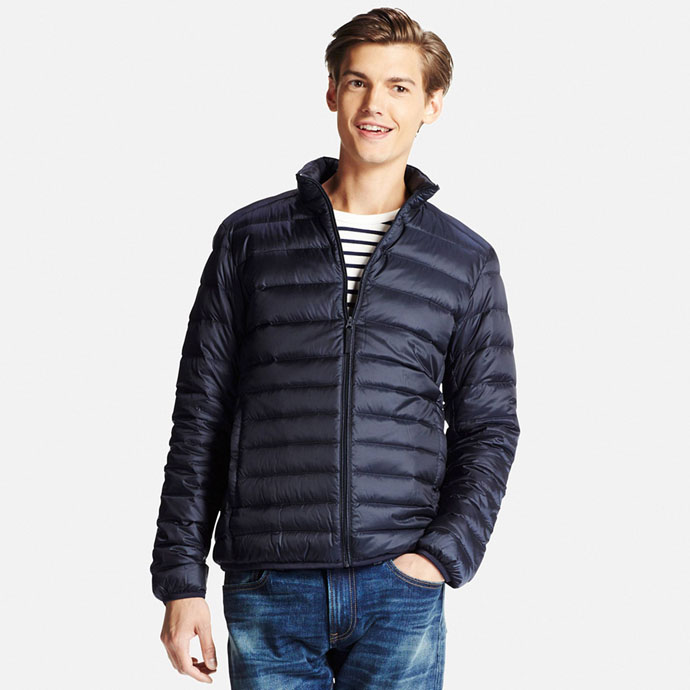 Uniqlo Ultra Light Down Jacket
Remember that we’re talking about warm weather that’s unexpected, meaning you can reasonably expect it to get cold, possibly very quickly. So you need something that’s warm, but also light and packable enough that you don’t have to be bothered with it unless you need it. This meets all those criteria beautifully. I’ve had a thin blouson version for two years that I take everywhere, and it crumples into a very small drawstring bag. 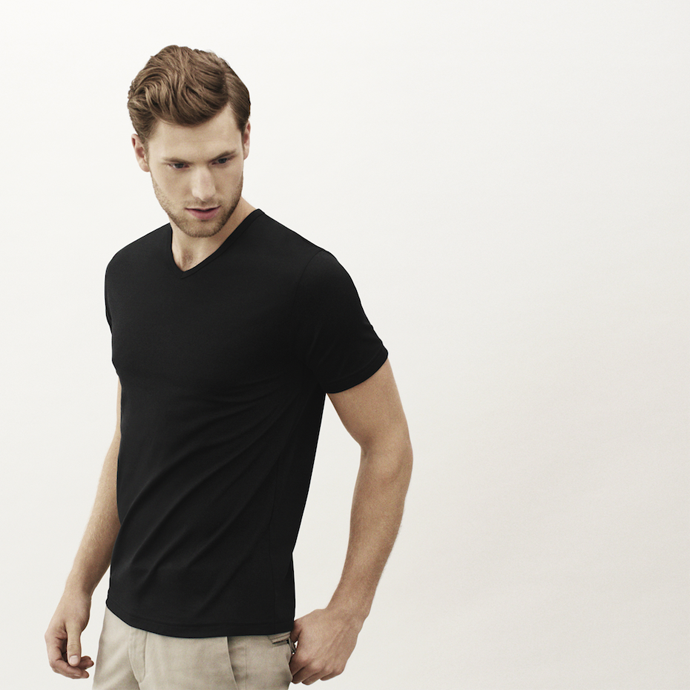 Handvaerk V Neck
A T-shirt. Whoa. Just wear a T-shirt under the bomber you’d better have by now, and boom, you’re a September guy and we’ve already sailed on past Thanksgiving.

Najib Benouar: Agreed. Well, for the most part, at least—being a Californian, the weather you described above is actually just full-on winter here. But my approach is pretty much the same, give or take a few liberties to dress as wintry as possible in California without being the equivalent of one of those guys who always wear a scarf indoors. 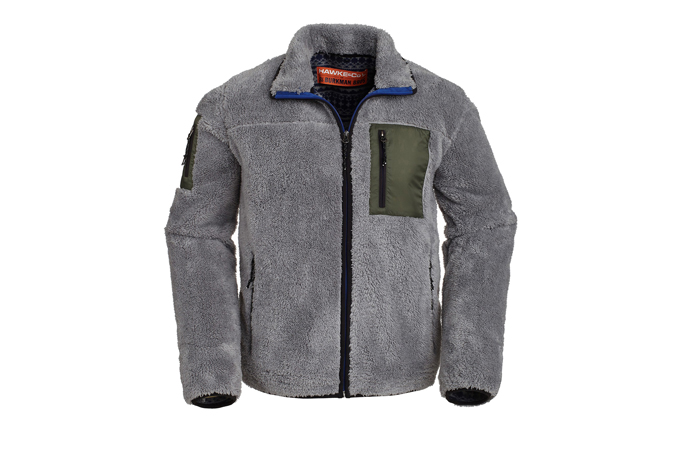 Burkman Bros x Hawke & Co. Fleece Jacket
This thing is the definition of versatile. It’s surprisingly warm for how lightweight it is. But that’s the key, it’s not overly bulky—yet the shaggy fleece makes for a downright cozy experience, and gives it that on-trend sherpa look. I’m going to be wearing this all winter and as far into spring as I can get away with it. 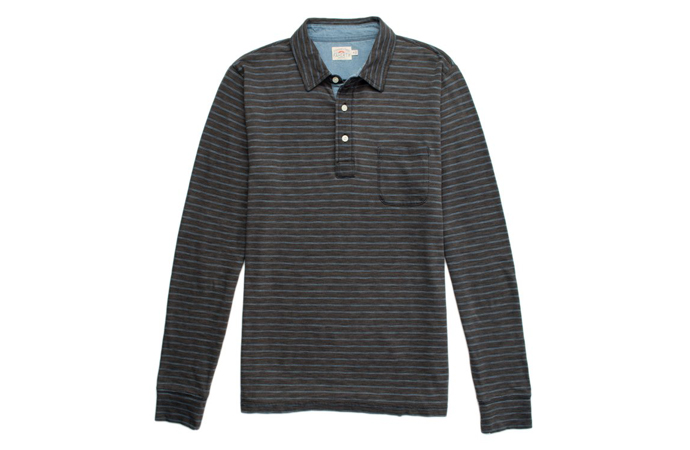 Faherty Long-Sleeve Polo Shirt
Consider this the Californian answer to Geoff’s sweater above. This will get you just about anywhere a jacket isn’t required. 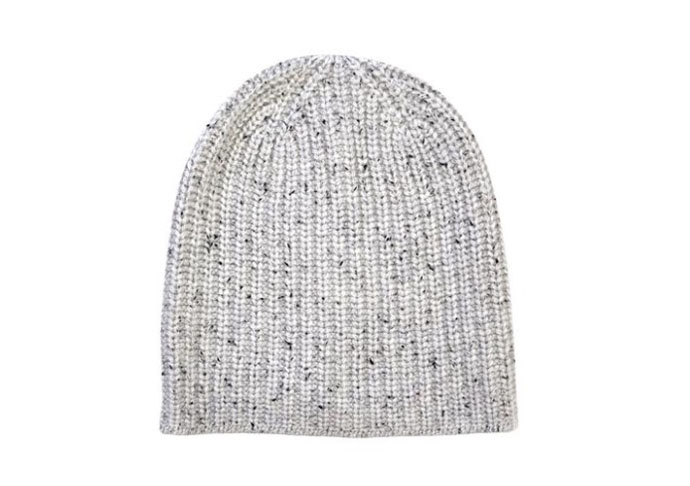 Alex Mill Cashmere Donegal Beanie
What I like about this move is that you can keep this tucked away, ready for the moment when things turn for the brisk. The knit cap easily has the best size-to-heat-retention ratio out there. 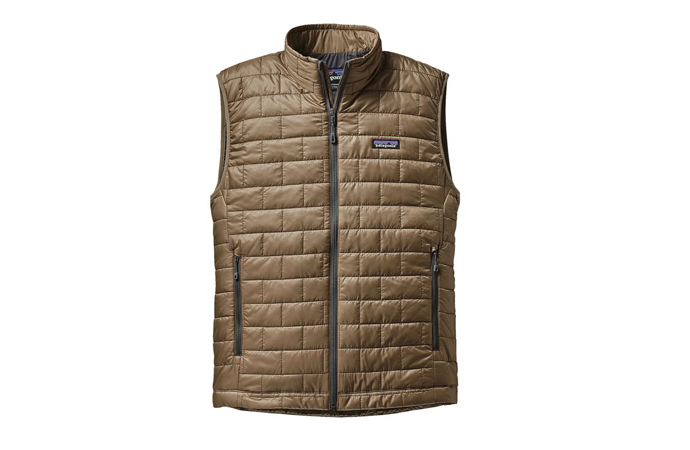 Patagonia Nano Puff Vest
Here’s another packable secret heat weapon I like to have in my transitional weather arsenal. This works as an outer layer as well as an inner layer, and all but disappears into its own pocket when no layer is needed at all. 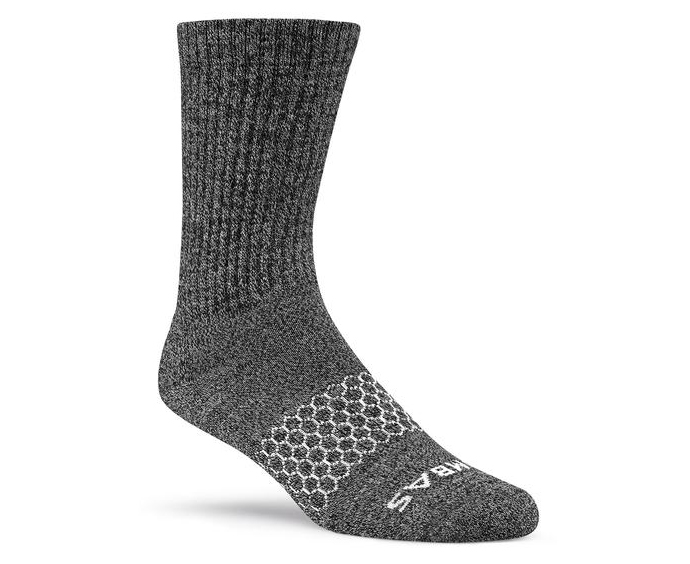 Bombas Merino Wool Socks
Just a good pair of socks that are warm yet breathable when you need them to be—but aren’t overly thick and fit well under everything from sneakers to rain boots.