Agave Drinks and the Nachos of the Year 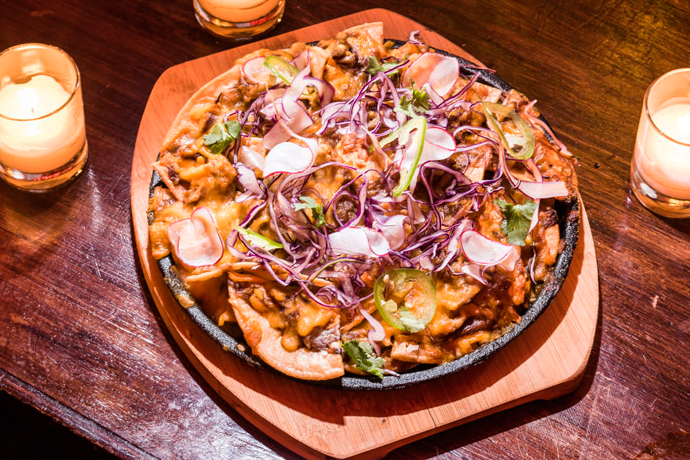 15 Photos Ghost Donkey
When you’ve got golden material like a place called Ghost Donkey, you just start talking about it.

So here we go.

Ghost Donkey is an agave-spirit-forward bar in Nolita. It’s open now, it has a donkey, and it’s from the AvroKO folks (of Public/Saxon & Parole/Genuine Liquorette/others fame).

We mentioned Saxon + Parole. In fact, Ghost Donkey is in the space that used to be Madam Geneva. That’s to say, right behind Saxon. But where the Madam favored gin, Ghost Donkey delights in the tequila and mezcal. Which works out nicely, since we heard you do too.

With that agave delight comes the requisite red Christmas lights everywhere, the embroidered pillows and, of course, the pale white spirit burro. Your only job is to grab some leather and utter something like “I’d like a mushroom margarita please.” Then it dawns on you what you just asked for and you think, “whoa, a mushroom margarita?” Then they bring you a glass filled with mushroom mezcal, lime, triple sec, and topped with lava salt. You can utter other drinks too. Lots of drinks to utter.

Finally, we’d be remiss if we didn’t mention the nachos. There are four different kinds, and it’s about time someone had that many. Among the ones you can see here are nachos of the wild-mushroom-and-poblano-salsa variety and the mole chicken variety. There’s also a burger nacho platter, which you will not see on the menu, because it isn’t there.