Visa-O1 Has Crossed the Causeway 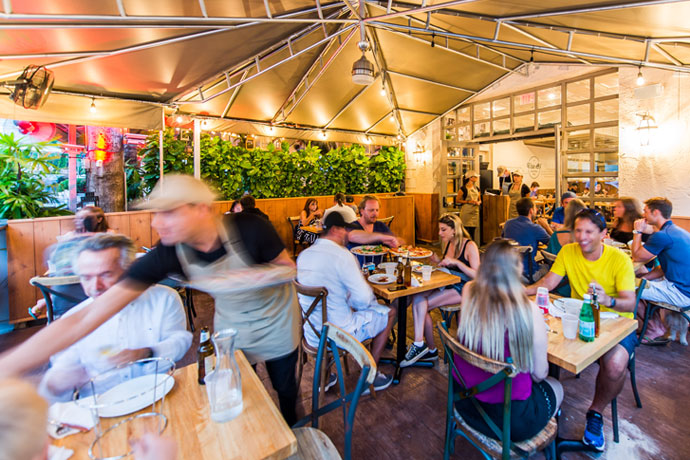 This one’s in Brickell, and it looks like this.

Loquacious pleasantries aside, here’s a brief rundown of what’s happening:

Elbow room.
Yep. It exists now. Instead of a mere 18 seats, the new location has a patio and a dining room. The latter is quite spacious, with shelves displaying Sinatra albums and moka pots. And as ever...

Traditional is fine. But extraordinary is better.
You can’t go wrong with a margherita or pepperoni pie. But we suggest venturing to the Special and Extraordinary sections of the menu. That’s where the Jacqueline with truffle oil and runny eggs lives. And the Star Luca filled with ricotta cheese and spicy salami. Luck favors the bold.

Relax. They’ve got beer and wine.
Mostly of the Italian variety. Moretti. Super Tuscans. You get it.

Nutella pizza.
That was meant more as a directive.