The Biggest Advancement in Bonfires Since Rubbing Two Sticks Together 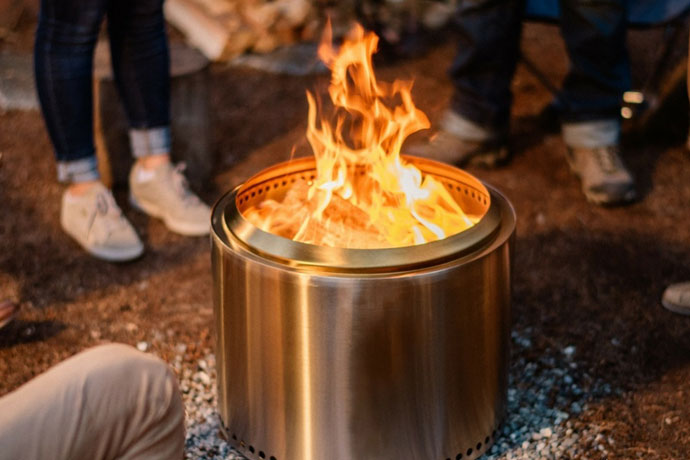 There are two schools of thought when it comes to bonfires.

First school: make a circle with rocks, throw together some twigs and some larger logs, and light those sons of bitches on fire.

Second school: employ a stainless steel fire pit that resembles a jet engine in both appearance and combustion efficiency.

Truthfully, there might be more. But we’re just so enamored with that last one...

Gather round the Solo Stove Bonfire, the latest advancement in fire making, and one that’s equipped with all the technology necessary to roast the hell out of some marshmallows this winter. You can reserve yours on Kickstarter now, they’ll start shipping in December, and here’s why you’ll want to begin hoarding chocolate squares:

The fire pit is made from 304 stainless steel, so expect it to last awhile. And to be hot to the touch. The double-walled design maximizes airflow by continuously feeding the fire with new oxygen. The bottom holes bring air into the fire from below, while also channeling warm air up between the walls of the stove. This preheated air feeds back into the fire through the top holes, causing a second combustion. Which is the technical way of saying: hey, nice fire.

And because everything’s so efficient, you’ll get a longer burn with less smoke. That means less time spent poking logs, and more time spent rubbing your hands together, dangling bratwursts over open flames and constructing s’mores that would make an architect weep.

Or a little hungry, at least.