Chips So Hot, They Come in a Coffin 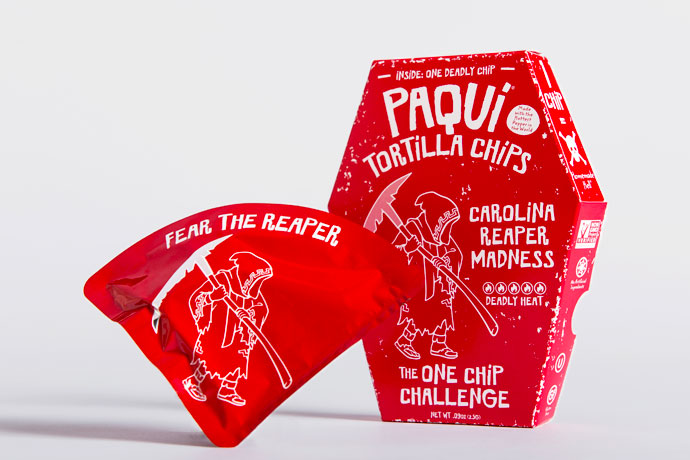 That’s the lovingly sinister name given to a new chip from the people at Paqui. It’s made with the hottest chili pepper on earth, the Carolina Reaper, so they are not messing around here. For further proof: the chips come in single servings and are placed inside coffin-shaped packaging. The idea being that one chip is plenty because, well, these things are hot. Like, deathly hot.

Naturally, we had to try them for ourselves, so we set up an in-office taste test. The Paqui reps swung by UrbanDaddy HQ with chips and other supplies, including milk, ice cream, sweatbands and latex gloves. That was followed by a serious warning of “Don’t touch your eyes.”

And so, we tasted. Some took tiny nibbles. Others ate the whole chip in one bite. Others still opted to forgo the challenge entirely, eschew solidarity for personal safety and film the results like bloodthirsty voyeurs. Between labored breathing, much profanity and cooling bites of ice cream, these are the quotes heard round the office. 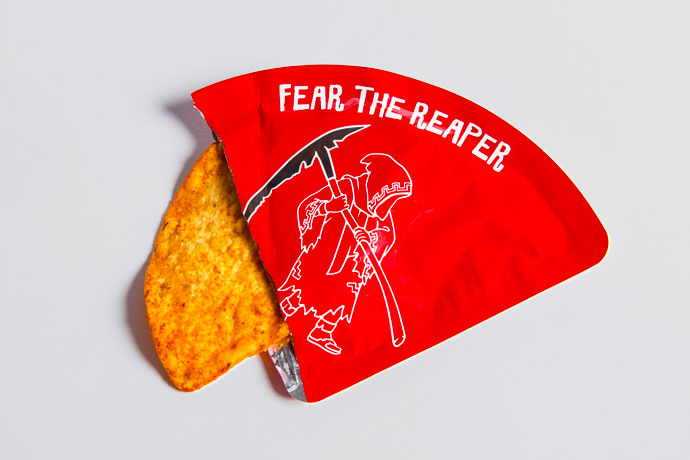 “Oh my god. No. Personal rule to live by: if the packaging is shaped like a coffin, don’t eat it.”

“My lips have that post-dentist Novocain thing going on. Also, my sinuses are completely clear. In all honesty, I thought it could have been worse.”

“A crescendo of pain that only a pint of vanilla ice cream could solve.”

“It felt like you could’ve made pottery inside my mouth. I wasn’t expecting the shakes either, but got those.”

“There’s a deceptively normal amount of spice at first, but the hotness builds until you’re on fire and grabbing at your nearest glass of milk or bite of ice cream. You will sweat. You might shake. Two hours later, I’m still feeling a lingering burn.”

“First it was hot. Then it was really hot. Then I wanted to die. Now I’m worried about the long-term health consequences.”

“From what I remember, it tasted good. But I’m pretty sure I blacked out somewhere in the middle there, so I probably can’t be trusted.”

“Someone take my temperature. I bet it’s 200 degrees.”

“This would make a great gift for someone you hate.”