Rejoice: Barley Is Back

It’s Bigger, and It’s Got a Raw Bar and Chorizo-Topped Burgers Now 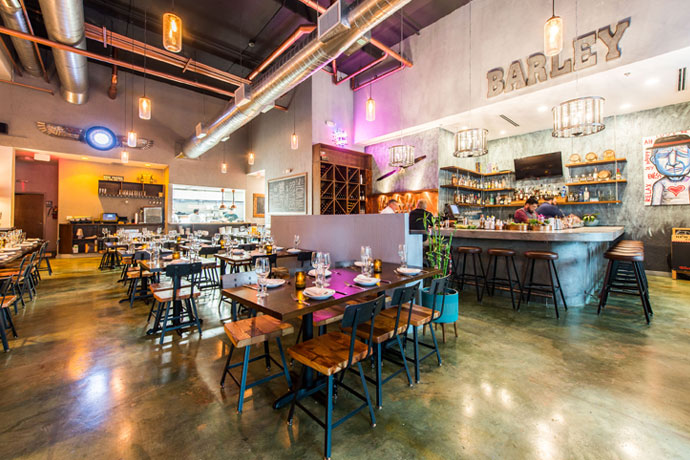 Barley & Swine: “Before you finish that thought... Hi. Again.”

With that, we bring you Barley, the fully revamped version of the gastropub you once knew. It’s open right now in Downtown Dadeland, and here’s what it looks like.

Allow us to jog your memory a bit. Barley & Swine opened in 2013. You reveled in its sriracha pig ears and copious beers. It was nice. Majestic, even. And then it closed. And now, here we are again.

Yes, the name’s shorter. But what it lacks in consonants it more than makes up for in space. Which is to say, it’s bigger now. But it’s still got that whole industrial thing going for it. The exposed ducts. The polished concrete floor and bar. The leather banquettes you’ll find yourself in with a few friends for casual Saturday nights.

As far as what you’ll be ordering: the raw bar is new. Might want to start there with one of the local beers on tap. But these guys have also perfected Latin-style comfort food. So sharing the braised beef tongue with yucca mofongo or the Latin burger topped with chorizo and sweet plantains is probably a good call, too.

We trust you’ll do the right thing.