And the Last Emmy Goes To...

We’ve Got One More to Give Out 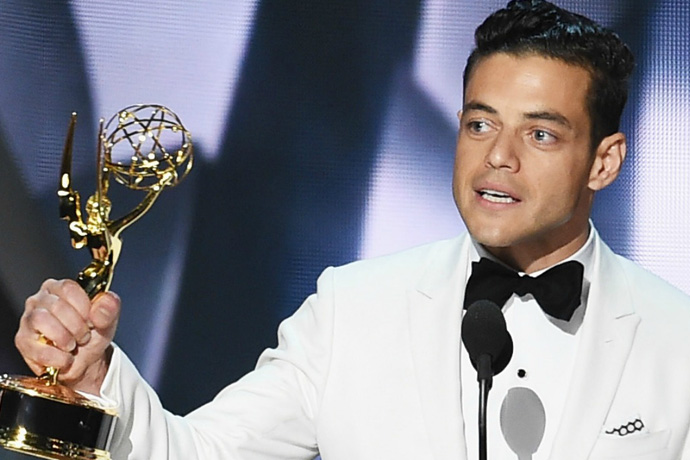 Every awards show includes a lot of analysis of red-carpet style. This makes sense. Personal (or personal stylist’s) style is one of the, if not the, most important factors in determining who’s going to be an icon and who you’re going to say “Oh yeah, that guy” about 20 years from now. But we like to think our modern style heroes also exercise a little bit of control over their style on their respective shows and films as well (especially you, Aziz). So here now are your nominees for the Best Combined Red Carpet and Televisual Male Style Emmy. We hope to have the name down to single-digit syllables for next year. 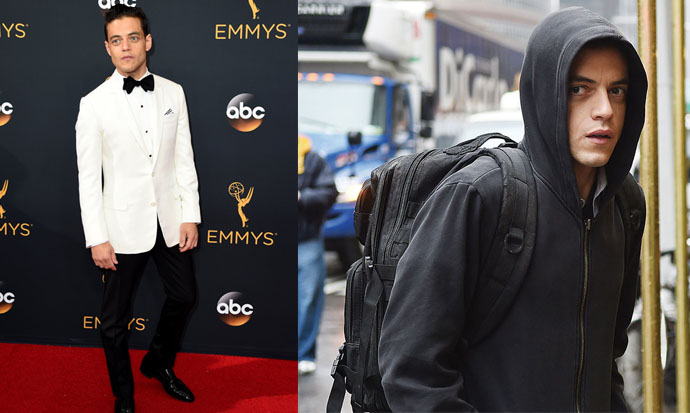 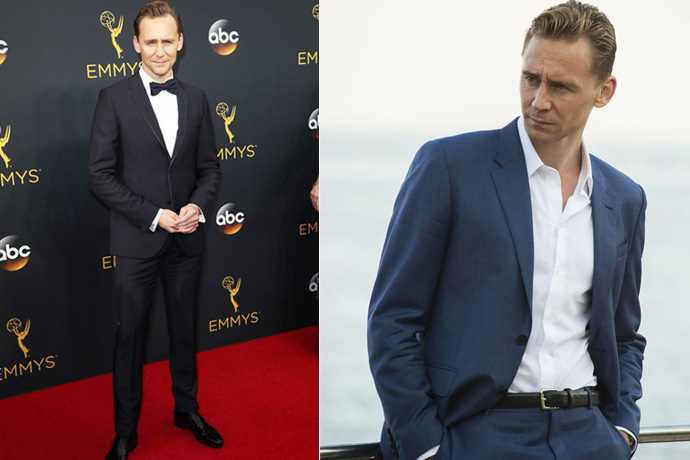 Tom Hiddleston, The Night Manager
Carpet: If this isn’t an interview for the Bond role, I don’t know what is. That fit is within the margin of error for perfection. This guy’s just too classy for Taylor Swift, gaggle of supermodel friends or no.
Show: I have to admit I haven’t gotten around to The Night Manager yet. But I hear good things, and a Google image search turns up a good amount of predictably tasteful open-collar/suit combos. A little safe, but solid. 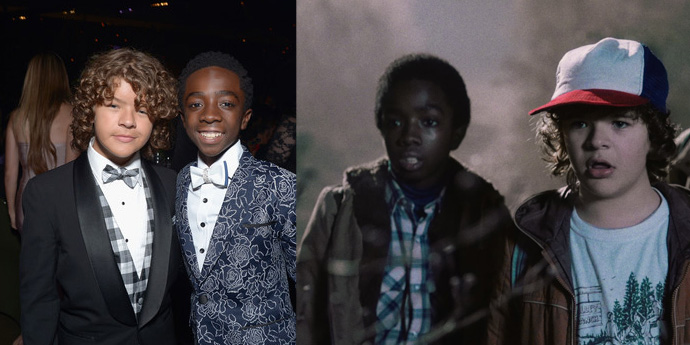 Caleb McLaughlin/Gaten Matarazzo, Stranger Things
Carpet: One devastatingly using his childlike ability to be a child to pull off print and a lined bow tie. The other blowing minds with a plaid vest/bow tie combo. This is doctorate-level stuff.
Show: Stranger Things has them dressed like little kids in the early ’80s. And, in retrospect, not bad for a weekend getup. 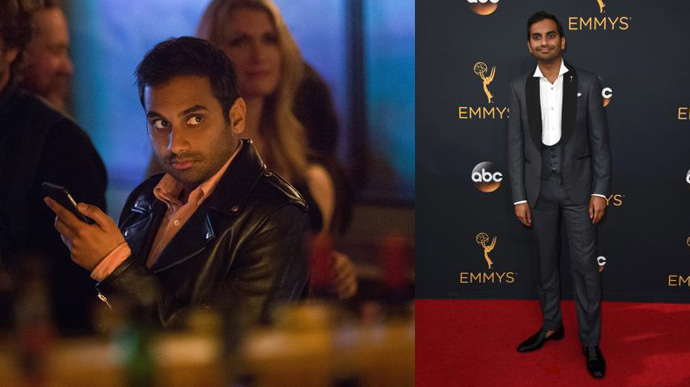 Aziz Ansari, Master of None
Carpet: Aziz solved all the problems of the ’70s with this tux. Bravo.
Show: On Master of None, Aziz’s street style is impeccable, with episodic master classes in bombers, biker jackets and casual tailoring.

Kit Harington, Game of Motherfuckin’ Thrones
Carpet: Our favorite take on the shawl collar on the night. Note the extra bit of grosgrain here and there. Not too much, not too plain.
Show: On GOT, Harington manages to make medieval armor and a man bun look pretty badass. He also pulls off fur better than most men.

And the winner is [sound of someone struggling to open envelope]... Aziz Ansari for Master of None and the red carpet. 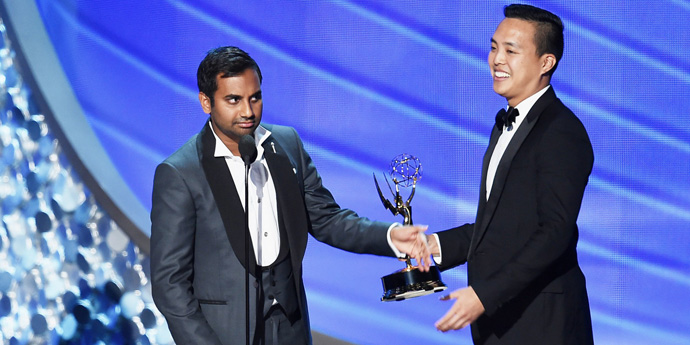 This is Aziz’s first Emmy and first nomination in this category because it didn’t exist before now. Aziz has more creative control over Master of None than any of our other nominees, so the fact that his style on the show stacks up so well with his otherworldly tux game here put him over the top.