The Triumphant Return of Phuc Yea

Your Favorite Vietnamese Pop-Up Has Gone Permanent, and Here’s What You Need to Know 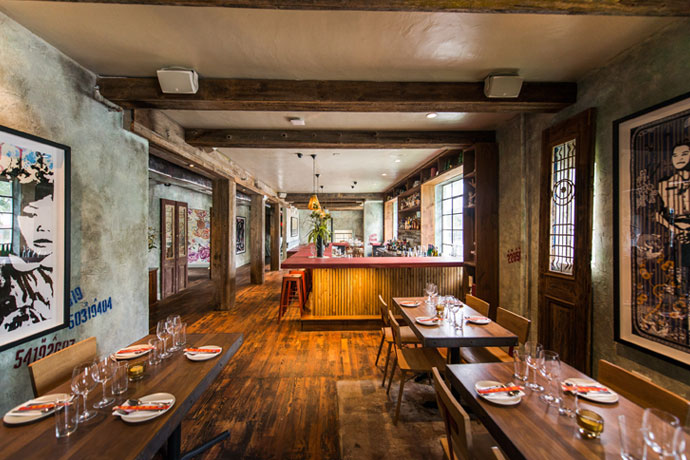 And with that, it’s time to welcome Phuc Yea back into your life. Yes, the city’s first pop-up has now made a permanent home for itself in the MiMo neighborhood, it’s soft-open now for reservations only, and it fully opens on Thursday. Have a look here.

Think back to those heady days of 2011, when a spunky little Vietnamese outfit beckoned you from a Downtown alley. It was pretty exciting stuff. And it still is. But things are slightly different now. To wit...

Look north.
Sorry, Downtown. Again, they’ve firmly planted their flag in MiMo in the form of a cozy little concrete bunker of street art with a 15-foot raw bar in the middle of it all.

There’ll be Cajun alongside your Vietnamese.
They’re calling it “Viet-Cajun.” So you’ll be pairing up your grilled pork riblets with shrimp-stuffed rice paper rolls. Or their Caja China Cola Duck. Somehow, it works.

You’ll learn to really like tea.
Mostly because they spike it with rum and Chinese bitters.

You should have a fondness for ’90s hip-hop.
Especially on Thursday nights, when Jolt Radio will be there.

Don’t say we didn’t warn you.