It’s 4am and You’re Feeling Peckish 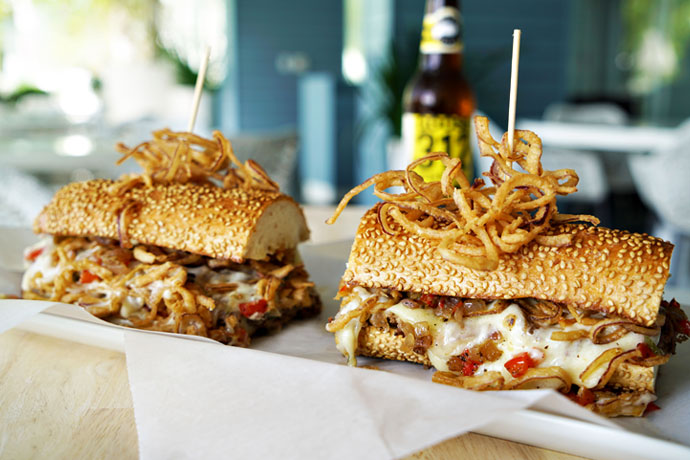 After which, you’re going to be hungry.

After which, you’ll realize there’s a sum total of nothing in your refrigerator.

After which, you’ll be glad we told you about a new late-night sandwich shop called Halves & Wholes. It’s from the Bodega crew, and it’s now open (like, right now) in South Beach.

Feels like one of those classic sandwich shops they’ve got up in the Northeast. You’ll see white tile, hammered-tin ceiling panels, butcher block walls and vintage deli cases.

But you’re not here for the decor. You’re here for one of their “12 best” sandwiches loaded with meats roasted in a vertical broiler and secret homemade sauces. Like the CheeseSteak, filled with shaved ribeye, provolone, sofrito and jalapeño jack whiz (think Cheez Whiz’s Bal Harbour cousin). You can peruse the other 11 options right over here.

Basically, it’s the kind of stuff you’ll want to pair with a beer or an ice cream sandwich at 4am. Which is good, because they’ll be open until 5am every day of the week.

But they’ve also got a “picnic like a pro” option where you can mix and match a six-pack of beer and take it with a bunch of sandwiches to go.