The Curious Case of Jeffrey Goldblum

Breaking Down the Rapid Style Emergence of a Late-Career Actor 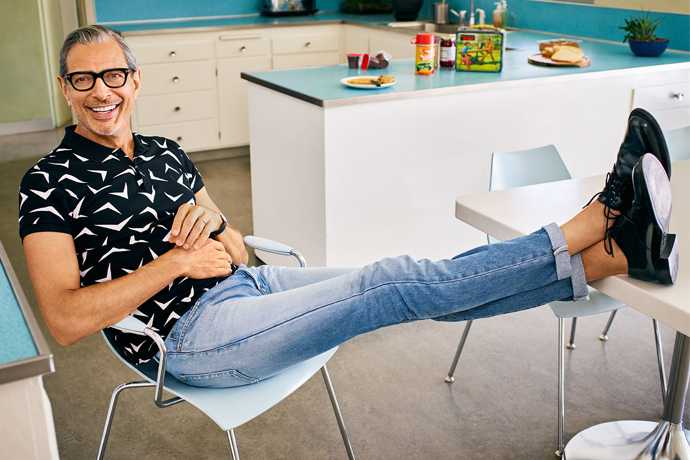 Jeff Goldblum has always been cool in his own special way. He’s a singular actor—the kind whose roles you couldn’t imagine being played by anyone else. Offscreen, he’s an engaging, thoughtful guy. There’s nothing not to like about him. But not until the past couple years, in his 60s, did he break through as a modern style icon (though those glasses have always been perfect). So how’d this happen? What compelled him to take an interest in having a closet full of Saint Laurent so late into a career that has always valued personal style more than most?

Did he just decide on a whim to hire a permanent stylist? Is he some kind of Hollywood-marketing test case? Did he actually die in 2009 only to be replaced by a GQ-built robot? There are more questions than answers. But let’s dive in.

2010: In an appearance on Top Gear, he is typically charming and brilliant in that neurotic, nuanced way of his, but certainly gives no indication of being someone who can effortlessly put high-level outfits together. 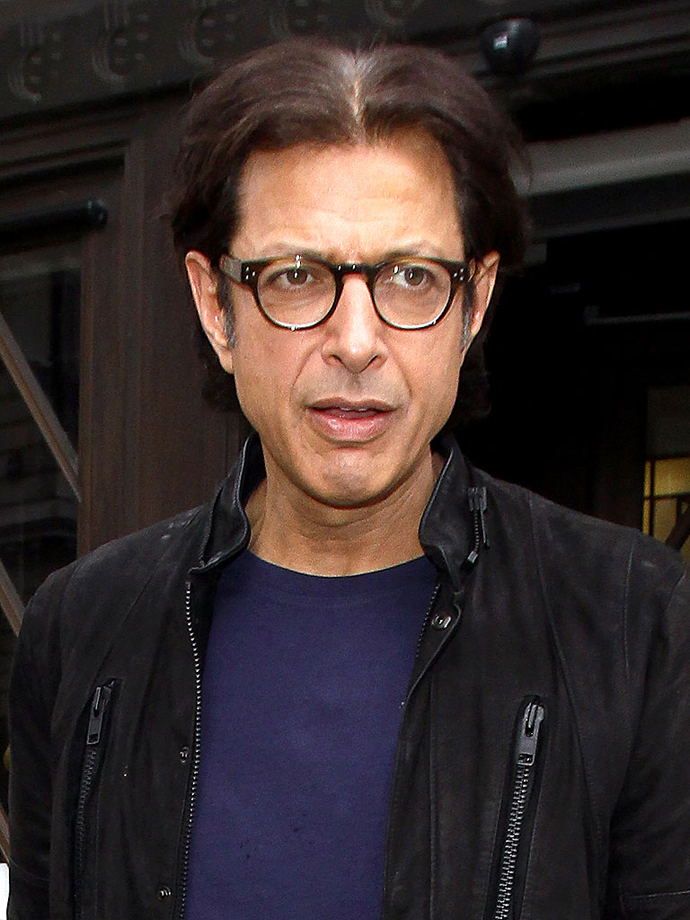 Mid 2011: Admirable effort, but trying too hard. Appears to be getting the hair under control, however. 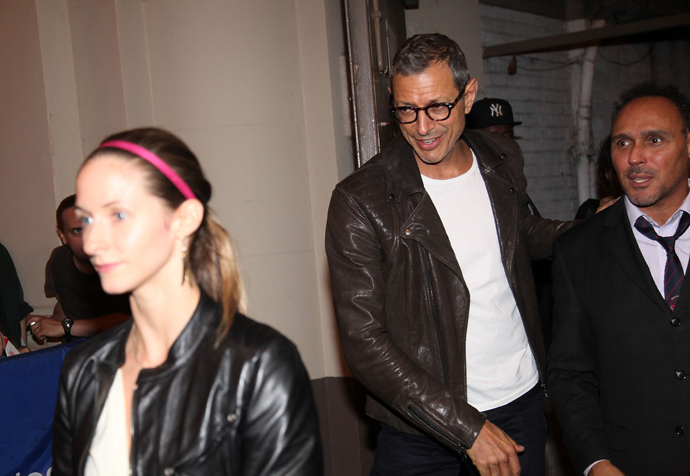 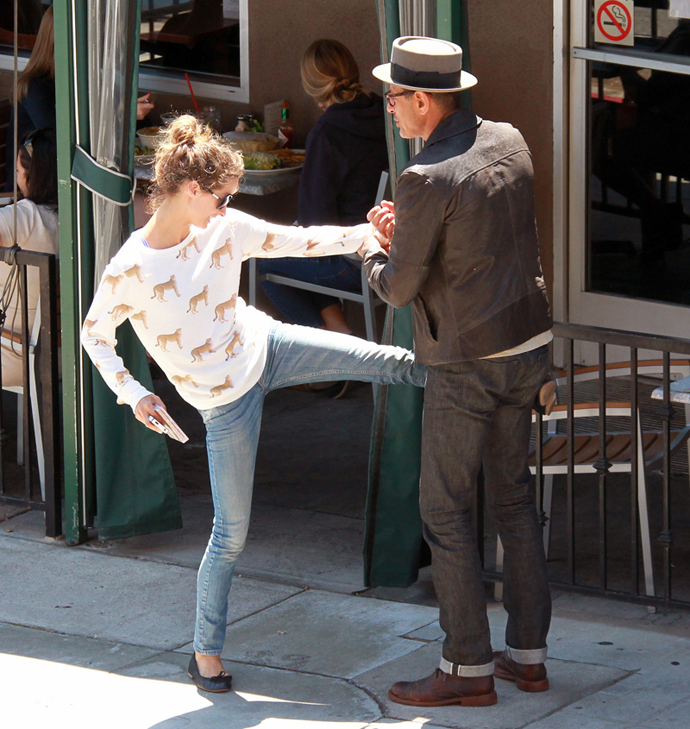 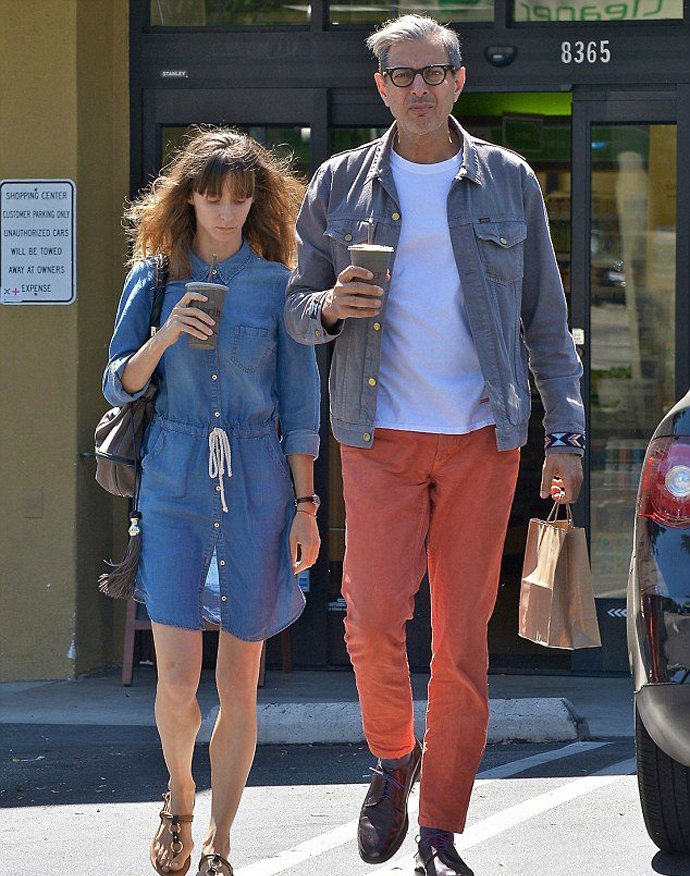 2013: In the words of President Thomas Whitmore to Goldblum’s David Levinson, not bad. Not too bad at all. 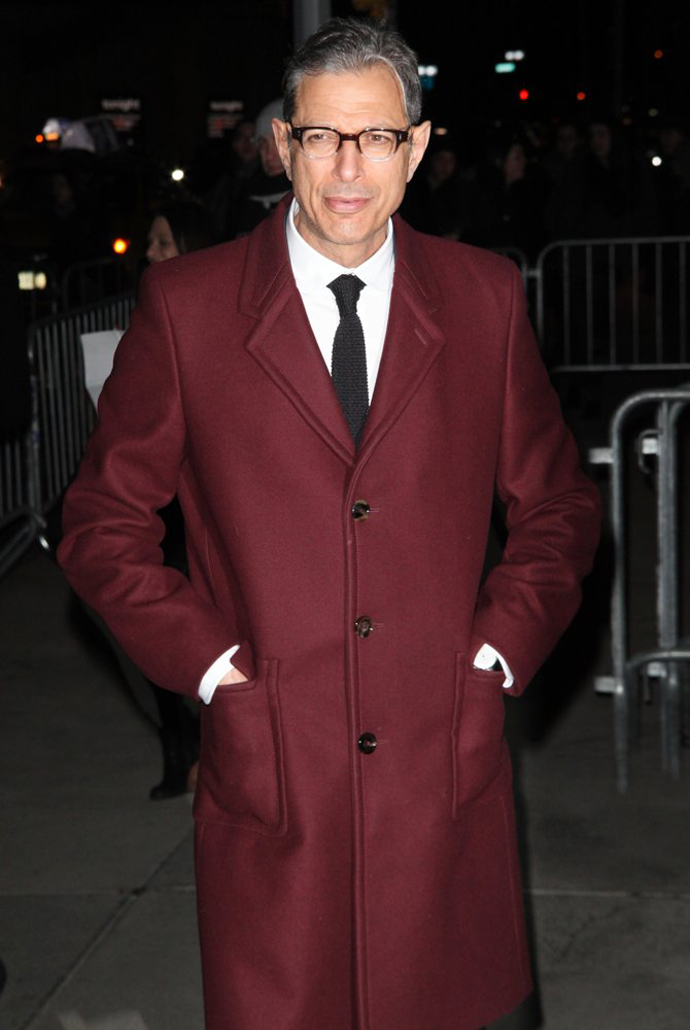 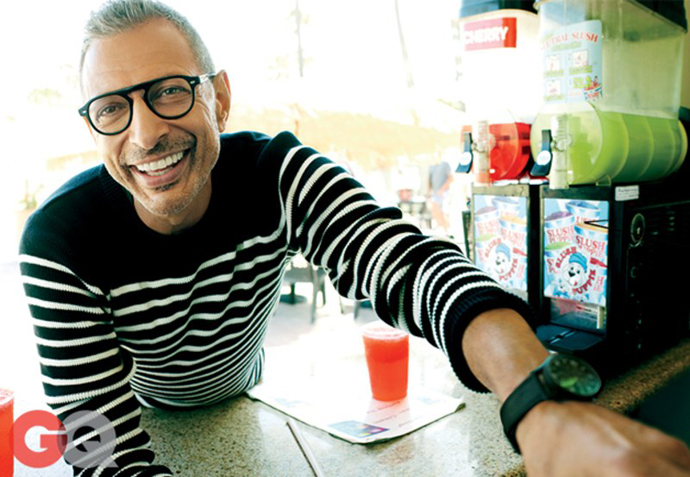 August 2014: Appears in a shoot for GQ’s style issue, with an accompanying interview. 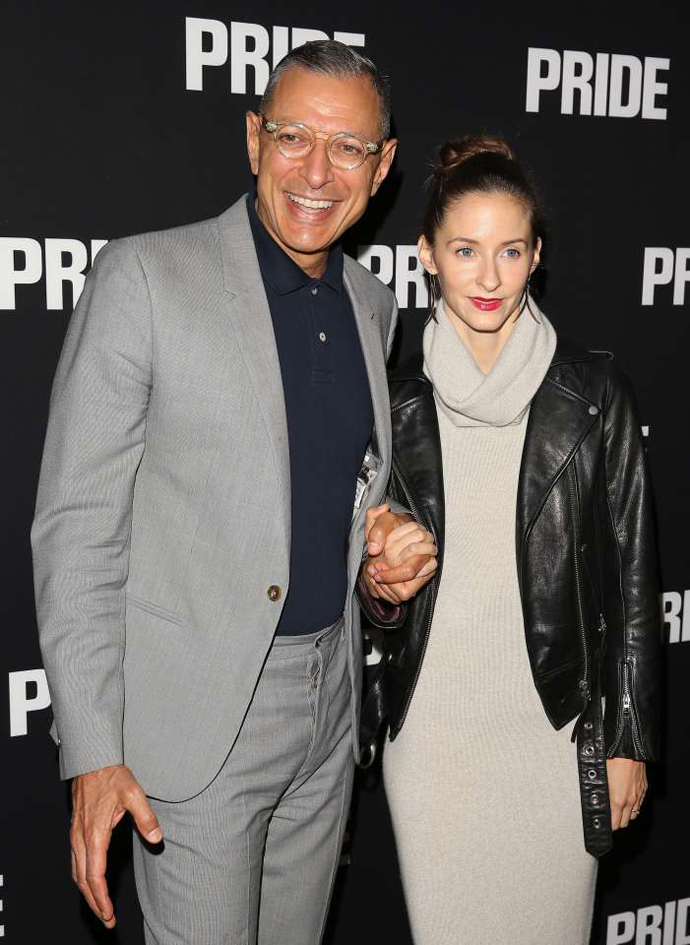 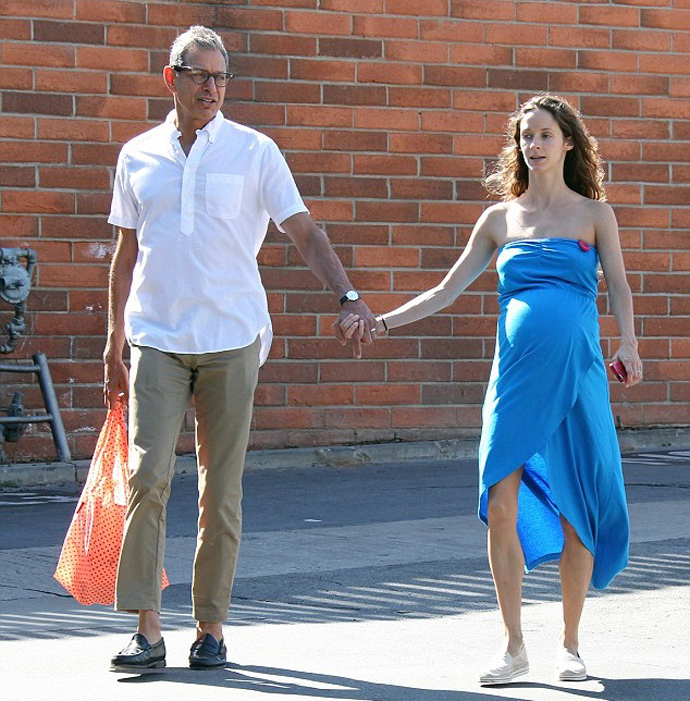 2015: About to become a cool dad, he appears comfortable in his own skin, along with a popover and loafers. Don’t let the relative simplicity of the outfit fool you; this is advanced. 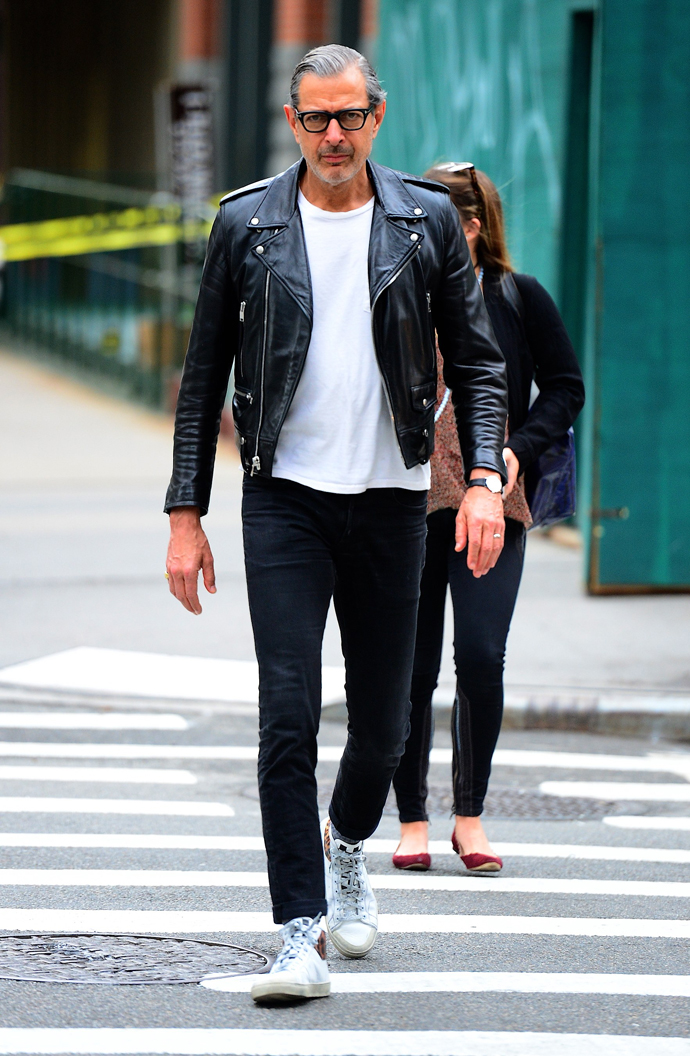 2016: Becomes the poster man for late-blooming style virtuosi, able to pull off everything from all-black to chambray air ties to athleisure.

So somewhere in there, a lightbulb went off, and a new form of street style hero was born. We can only posit four theories as to how and why The Goldblum got his style game so tight:

1. The irresistible sartorial influence of the Wes Anderson crowd.
He did appear in The Life Aquatic way back in 2004 with no discernible change thereafter. But he’s now working on his second consecutive Anderson film, following up 2014’s painfully stylish Grand Budapest Hotel. He showed up at the premieres of that one looking like he’d picked up some pointers. Perhaps this second Anderson-film appearance sealed him as part of the regular Anderson players. Maybe prolonged exposure to Adrien Brody, Jason Schwartzman, Ralph Fiennes and Anderson himself—all impeccably dressed men—led Goldblum to contract the incurable disease that is yearning to be dapper.

2. The irresistible influence of a hip, young wife.
It’s right around the time they started dating that he started getting his act together. You can see that each year from 2012 to this one, he gets closer to achieving head-to-toe mastery. If this theory holds, it means that the seeds of this meteoric rise were planted more than four full years ago. Our money’s on this, and it’s what we like to believe.

3. An elaborate conspiracy that reaches right on up to the upper echelons of Condé Nast.
This would make for a spectacular Jeff Goldblum movie, but we’re sticking with the wife.

4. Good old-fashioned career-malaise-inspired rebranding.
The most cynical of possibilities. We don’t want to believe it, and he’s known for years that he was going to be in the Independence Day reboot, so it’s not as though he’s some desperate guy trying to recapture the spotlight. The previous theories also offer enough evidence for us to comfortably dismiss this. In addition, there’s no evidence of plastic surgery or poor attempts at hair colorization that you’d normally see with such a craven move. This lends Goldblum a lot of credibility and makes what he wears nowadays look natural rather than forced.

It’s all speculation, of course, but at the end of the day, we’re giving Jeff the benefit of the doubt that his interest is genuine and born of his own will and Emily’s good taste, rather than the machinations of Big Men’s Style Media. Good on you, Jeff. You have our admiration.

Check back next week, when we’ll have a rundown of other late-career acting gents we’d like to see follow in Goldblum’s footsteps.