The Most Interesting Liquor You’ve Probably Never Heard Of

It’s Called Rakija. It’s Huge in Serbia. And You Can Try It for Yourself. 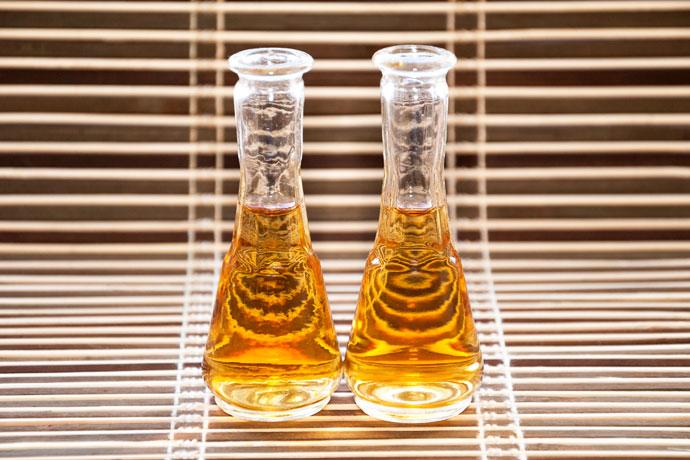 Random hypothetical, sure, but just stick with us...

Say you’re wandering the streets—sunlight filtering through the trees, ivy gripping the crumbling facades above, pigeons doing pigeon things—and you find yourself thirsting for something stronger than Serbian beer.

Say you stop at a kafana (any old kafana will do).

And at that kafana (it’s like a bar-café hybrid, by the way), a group of weathered gents are sitting around a table, chatting in a strange language and drinking a pale liquor from beaker-shaped shot glasses.

Now, say we cut this idyllic scenario short to tell you that that mysterious spirit is rakija—a fruit brandy that’s practically unknown in the states but impossible to avoid in Serbia. Especially around old Serbian men reading newspapers, smoking cigarettes and generally looking as if they’ve never given a shit, ever, about anything, except maybe rakija.

Through the magic of the Internet, your credit card and nationwide shipping, you can score this stuff for yourself. But having spent the past month in Serbia, I’ve had the chance to enjoy rakija straight from the proverbial source. Some of it has been good. Some has been bad. Some has been oddly fragrant. All of them have cost me less than four US dollars, and, on one particular occasion, I even got served by a suspender-wearing waiter who wouldn’t have looked out of place in 1880 (or 2011) New York.

As a fruit brandy, rakija can be crafted with anything from apricots to grapes to quince. Everyone and their mother makes it here—at home, in basements, from fruit trees in their backyard—with varying levels of success. What distinguishes Serbian rakija from those throughout most of Central and Eastern Europe is the aging process; unlike, for example, most Czech fruit brandies, Serbia’s are often aged in wood barrels, similar to the way in which the French age cognac or Armagnac.

Though I’ve tried quince and grape rakija—as well as a delightfully sweet, apricot-ginger-honey rakija from Zemun, a small city outside Belgrade—your best bet here is plum rakija, also called slivovitz, because Serbia has an abundance of plums. So it’s more likely to be purer, fresher and of an overall higher quality. A lower-grade slivovitz will exhibit much fruitier notes and a stronger alcoholic bite, while the exceptional ones, aged anywhere from five to 20 years, will go down as smooth as a good cognac or whiskey, firing up the belly without burning the throat.

It’s very likely that you don’t live in Serbia, or have plans to visit anytime soon. That’s okay. It just means you’re in the grand majority of people on earth. The good news is, if you wish to impress your brown-liquor-loving friends with an interesting new spirit, you can always buy some suitable bottles online at stores like the Liquor Barn—a Zuta Osa Superior might be your best option—or do a little research on specialty liquor stores in your area.

But, in the event that our little hypothetical comes to fruition and you make it to Belgrade, be sure to check out the scene-y courtyard at Manufaktura or the riverside deck at Ambar, the latter of which offers a pretty damn decadent 20-year-aged Paun Prima for about $3.50 a glass. Should you desire a rakija cocktail—and really, you shouldn’t—Rakia Bar has a diverse list and a chic outdoor seating situation that’s enough to make one feel and then use words like “hip.” Regardless of where you’re drinking, though, you’ll want to order a plate of assorted Balkan meats, cheeses, breads and ajvar—a garlicky red pepper spread with a hummus-like consistency that renders hummus bland by comparison.

And if you do visit, be aware: tradition stipulates that you drink rakija in sets of three, from a long-necked shot glass called a čokanj. So if you order a fourth drink, you should really get a fifth and sixth as well. If you order a seventh drink, well... you see where this is going.

It’s a good tradition to follow. Assuming, of course, you assign value to traditions based on their ability to give you a pleasant buzz.

And we are indeed assuming.