Café Bastille: Then and Now 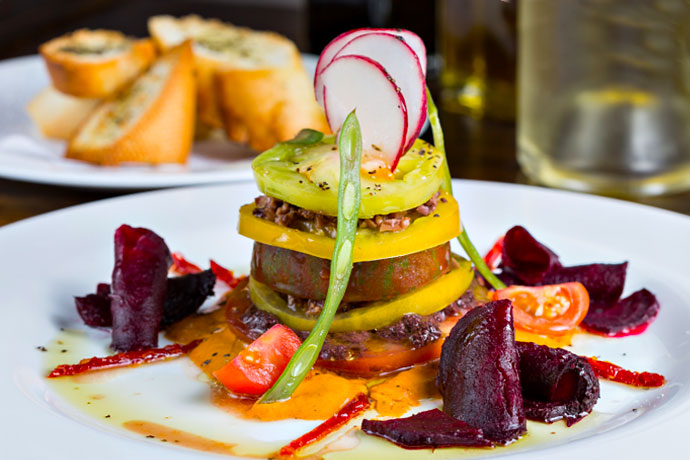 9 Photos Café Bastille
When attempting to change up your look, you can:

A) Photoshop your face on Dwyane Wade’s nude ESPN magazine cover.
B) Not do that.

Opting for plan B: Café Bastille, a cozier and all-around French-ier version of its former self. It’s fully reopen now in Downtown.

Café Bastille’s been around for over nine years. Then it closed for a while to freshen up a bit. And now it’s time to take a look at what was then and what is now...

The Space
Then: A dimly lit room with a massive industrial kitchen in the middle of it.
Now: That kitchen has been banished to the back of the restaurant, creating what is known as “breathing room.” They’ve also added rustic brick walls, string lights and tufted banquettes. It’s got the whole French cottage thing going for it.

The Food
Then: You indulged in the chef’s steak tartare, duck foie gras and Grand Marnier soufflés.
Now: Same.

The Drinks
Then: Hidden away... somewhere.
Now: There’s a glass armoire filled with hundreds of well-aged wines. You like your wine where you can see it.

The Slideshow
The then-and-now thing was fun while it lasted.