A Super Upsetting Cookbook About Sandwiches

That’s Not an Opinion. That’s Just What It’s Called. 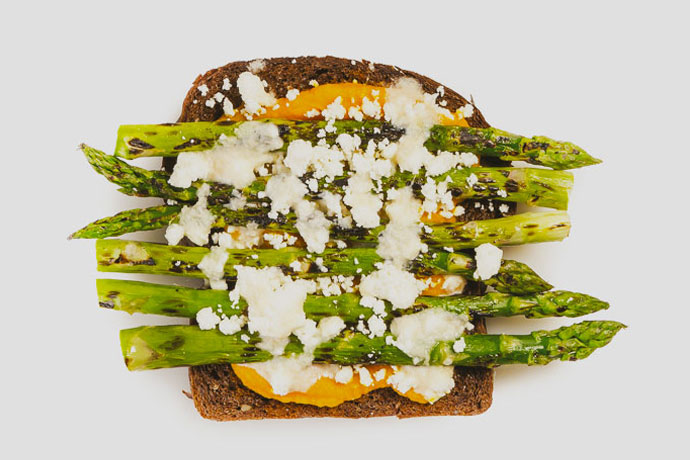 7 Photos <em>A Super Upsetting Cookbook About Sandwiches</em>
It’s hard to fathom how a cookbook about sandwiches could be upsetting.

Uplifting, maybe. Hunger-inducing, sure. Enough to have you making eyes at that loaf of bread on your counter... quite possibly.

But then you flip through the pages of A Super Upsetting Cookbook About Sandwiches by Tyler Kord, he of NYC’s No. 7 Sub, and things begin to change. For starters:

—You’re face-to-face with a funny, bizarre and wholly fictitious foreword about broccoli in wartime France.

—There’s a note that “falling in love, action movies, nephews, Led Zeppelin and becoming super good friends with Tom Cruise” are a handful of things actually better than sandwiches.

—And another stating that “If this book is poorly received and you are looking for a roommate, please e-mail dreams@no7sub.com.”

—Recipes are given such titles as The Battle on Pork Chop Hill and That Time Chris Parnell Played Benedict Arnold on Drunk History, the Sandwich. (Ogle some of those sandwiches here.)

—And sprinkled throughout, you’ll find editor notes like “Wait, should I be cutting out all the parts where you either say you’re drunk and/or are obviously writing while drunk?”

Right, so it’s not your average cookbook, but that’s what’s so damn refreshing about it. And sure, it’s got all the necessary steps and info for recreating Kord’s creative recipes, and there’s no doubt that doing so would really improve lunchtime. But the whole thing’s a fun, weird read from start to finish that lets you inside the mind of the guy who sees squid and zucchini and thinks “sandwich.”

Be careful in there.