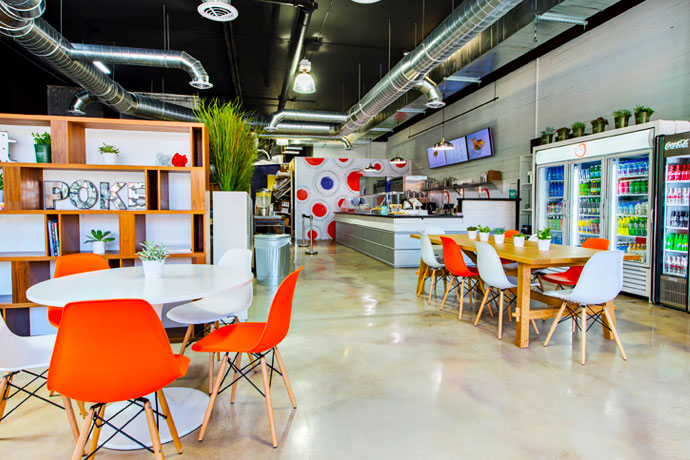 8 Photos Poké 305
Our Pacific brethren in Hawaii have contributed many a fine product to society.

The lifeblood known as Kona coffee. Leis. Hawaii Five-0. (We may have taken some liberties there.)

But nothing so impactful as Poké 305, a utilitarian Brickell establishment entirely devoted to the art of raw fish and rice in a bowl. It’s open now and here are some pictures of it.

Quick poké primer: it originated in that great non-contiguous state of Hawaii. And it’s sort of like sushi, what with all the raw fish and rice. Except Hawaiians just throw the whole thing in a bowl with some sauce and call it a day. That’s basically what’s happening here.

Here being a simple concrete-and-wood space primed for your next I-have-10.2-seconds-in-between-meetings lunch. The chef concocting your bowls is Yukie Horita, the first female chef to graduate from Japan’s Tsuji cooking school. Which is to say, you’ll be just fine.

Now, you can go with the aforementioned rice as a base, or opt for quinoa and salad. Tuna, shrimp and whitefish will likely find their way in there, too, along with your choice of toppings like jalapeño, fruit and sauces that range from leche de tigre to sriracha.

“All of the above” is also an acceptable solution.