A New Mecca for Cider and Mead and Lobster Reubens 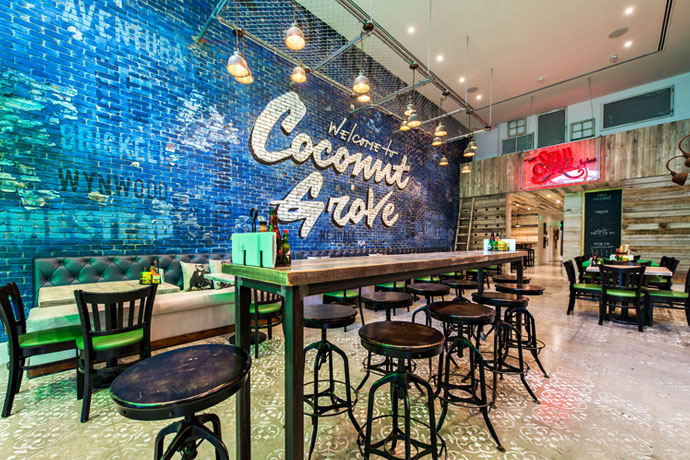 If those gentlemen didn’t make the cut on your dinner party Dream Team, that’s... perfectly understandable.

But don’t be surprised if you run into them at the Spillover, a new cider and mead bar from the crew behind Lokal and Kush. It opens Monday in Coconut Grove, here are some pictures of it, and here’s the menu.

As for those aforementioned gentlemen, you’ll find them tucked away in various spots throughout this brick-walled watering hole. Al? His Polk High football card sits next to a mock Yankees image featuring George Costanza. The Don? There’s a cardboard cutout of him in the restroom (tough break, Don).

And as you may have deduced, this is indeed our first cider and mead bar. So you’ll want to order a bottle of Aspall dry cider from the Old Bay Seasoning–lined bar. Perhaps a bottle of the rare Moonlight Meadery Utopian Batch #8, clocking in at a respectable 18% ABV. Or, really, anything else from this list.

As for the edible provisions, the kitchen has decided to embrace the seafood thing. Lobster Reubens. Crab cake sandwiches. Gulf shrimp mac and cheese. But also: BBQ gator ribs that you’ll want to enjoy out on the patio.