A Better Way to Cook Burgers and S’mores

Obtain GrubStick. Sit by Fire. Roast Everything in Sight. 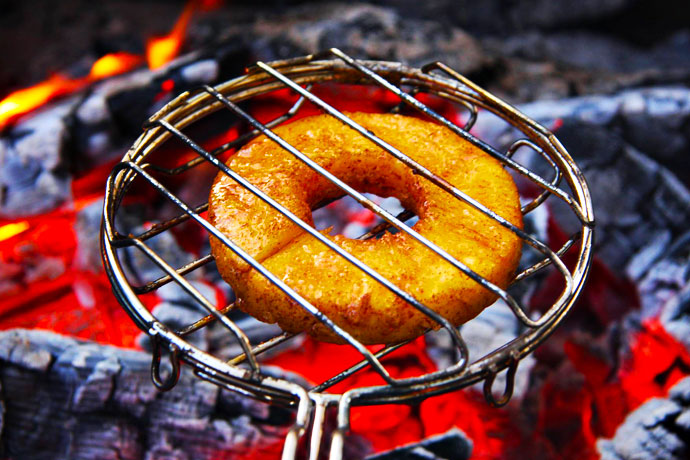 We know what you’re thinking.

You’re thinking: “Man, when is someone going to introduce the next big advancement in telescopic roasting-stick technology?”

We’re right there with you.

This here is GrubStick, a versatile contraption with interchangeable attachments for cooking pretty much anything you can think of over an open fire. It’s available for preorder now via Kickstarter.

The stick itself is made from stainless steel, so it’s a big upgrade over the usual method of stabbing marshmallows with stray twigs and hoping for the best. And those attachments include a round burger-shaped cage, a square cage, a two-pronged fork and a couple cylinders around which you’ll want to wrap tortillas and bacon. See? 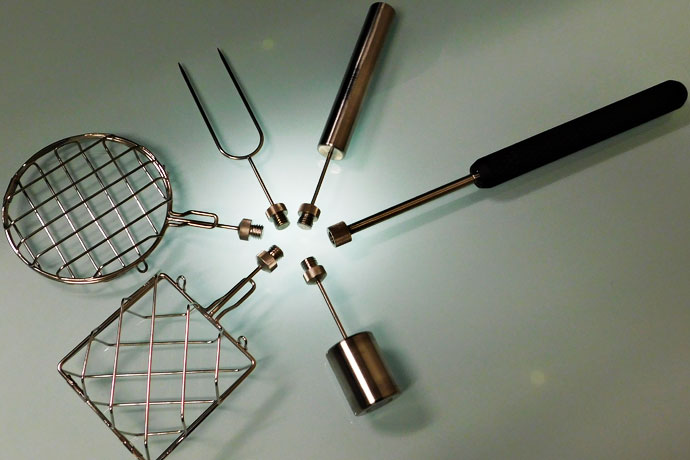 Right, so no one’s going hungry on your watch. And now’s the part where we suggest items for you to thrust into the fire.

—Burgers. It would be foolish not to, considering they made you a special tool for doing just that.

—Pineapples. Because... see that photo at top. In its prior life, it was a not-roasted pineapple. But then this thingamajig intervened, and everyone was better for it.

—Hot dogs. That’s where the fork comes in. Cook two at once and you’ll always have a friend.

—S’mores. Stack some up in the square cage, and you’ve just discovered the least messy way to melt chocolate and marshmallows that man’s ever known.

And it comes a scant 300,000 years after our ancestors discovered fire.