It’s Called Invite Only, but It’s Not

Cocktails and Live Stuff in a Meatpacking Way 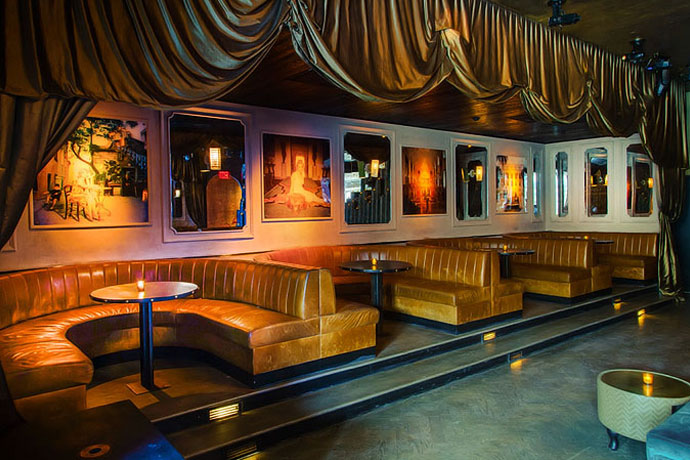 We’re going to answer all your pressing questions about it... now.

When I enter, what’s that like?
You’ll whisk yourself through a hall of vines and lanterns and emerge into a world of arm-splaying leather banquettes and walls that are vaguely reminiscent of a candlelit Fortress of Solitude.

Are any of eggplant elote, truffle fry poutine or a burger topped with melted jalapeño cheese available to a famished patron such as myself?
All of them. Every last one (see them here).

But what if I’m parched, too? What the hell do I do then, huh?
Hey, easy there. Cocktails abound, including a gin number with a float of Pacifico, which begs for 85-degree days, and quickly.

You mentioned live stuff. Care to elaborate?
DJs and such. “Such” meaning anything ranging from harpists to jazz pianists to surprise people you’ve heard of. The configuration you see one night may not be the same on another night. Seats will be moved. Floors will be opened. Dancing may ensue. In other words, it’ll get more Meatpacking-like the later the hour.

What about brunch? I like the occasional Meatpacking brunch.
Us, too. Patience, friend. In a couple weeks, they’ll throw open the windows and you’ll be sitting on a sidewalk enjoying a brunch-only cocktail called the Mangorina—which is like a caipirinha with mango puree.

Are they really going to throw open the windows? That seems dramatic.
Just go with it.