Where Your Brickell Lunches Happen Now

Hummus, Lamb and Kombucha from a James Beard Award Nominee 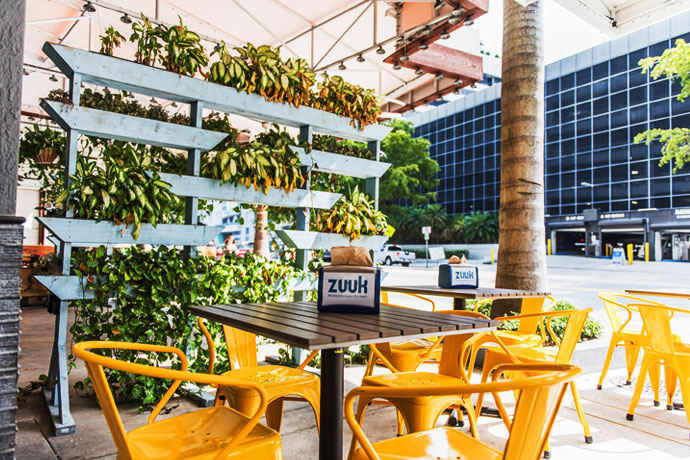 Great. Now that the obligatory April Fools’ thing is out of the way...

A James Beard Award–nominated chef has just opened a Mediterranean fast-casual joint in Brickell. Casual, people. It’s called Zuuk Mediterranean Kitchen, it’s open now, and this is what it looks like.

That chef: Sam Gorenstein. He’s applying his My Ceviche chops to the world of hummus and falafel in a small corner of Brickell. No bells. No whistles. Just some butcher-block tables, Mediterranean tile and a cozy patio out front. And that’s fine, because you’re here for some of the finest hummus in the land. Here’s the menu.

The idea is to queue up and build your own fire-baked pita roll, bowl or salad. You’ll pick a few housemade spreads like baba ghanoush and zahtar-feta, move on to proteins like spiced lamb kefte and slow-roasted beef, and wrap up with a few toppings and sauces like pickled hot peppers and spicy harissa.

Quenching the inevitable falafel-induced thirst: local kombucha and juices made in-house. Mango-coriander sounds about right. And with the temps outside, it’d be criminal to bypass that honey-tahini frozen yogurt.

Or, you know, just ill-advised.