Something New and Nitro-y from Firestone Walker

Velvet Merlin Gets an Update via Milk and Magic 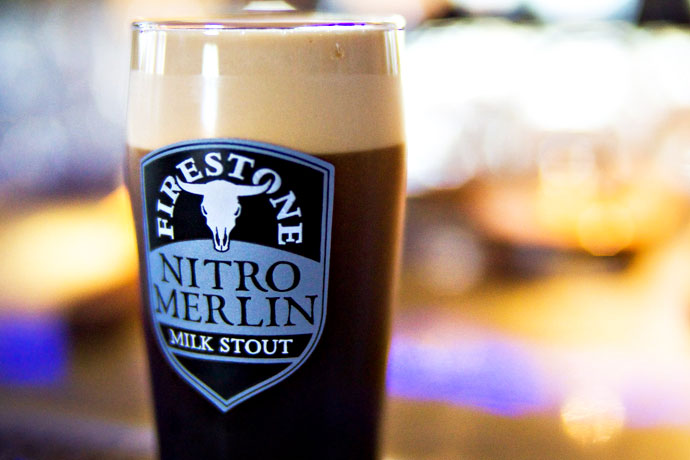 But if we did, maybe just add a little milk sugar. And some nitrogen.

As luck would have it—well, luck and perfectly attuned hindsight—they’ve done it for us.

That’s right, cookies. As part of the launch, they’re doing some nationwide events with Brown Butter Cookie Company, wherein you drink beer, eat cookies and generally improve your situation. So, look out for those.

And for the beer itself: it’s a full-bodied stout with roasted barley, dark chocolate and rich coffee notes, so you’re already starting with a nice baseline. The addition of those milk sugars is kind of like adding cream to coffee—you get a little sweetness, rounder edges and less astringency. Then there’s the nitrogen, which gives the beer a thick, foamy head and a silky mouthfeel.

That’s a lot of words that could all just be replaced with “tastes good.”