Moonshine. In a Can.

A Stainless Steel Tin of White Whiskey for Taking Anywhere 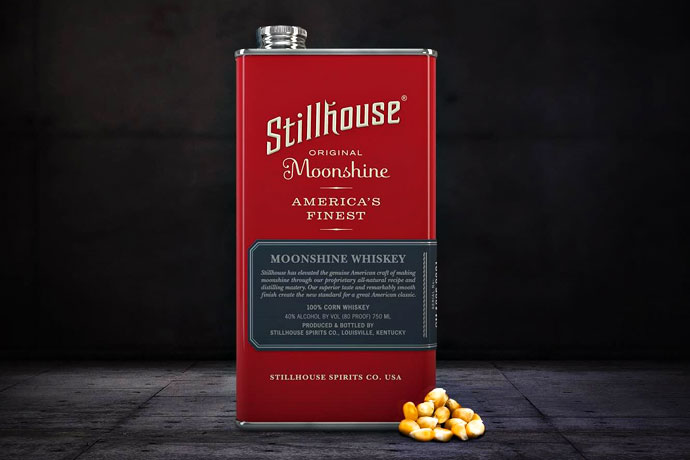 Let’s say you’re confronted with camping or hiking or some unusual brand of picnicking.

In each case: whiskey. Bring whiskey.

But one untimely fumble around the campfire, and the bottle shatters.

At which point, pack it up, time to go home.

That’s a somewhat reasonable justification for drinking liquor packaged in a stainless steel can that looks similar to a lighter fluid container but, in reality, is the housing for this new clear corn whiskey called Stillhouse Original Moonshine.

It’s produced in Kentucky, so that checks the respected-place-of-origin box. And the liquid itself is distilled in copper stills from 100% corn and then charcoal-filtered, which makes it all taste pretty damn smooth for an unaged whiskey. It’s a little sweet, a little warm and a lot unbreakable. So the next time you’re engaged in one of the above scenarios, attending a tailgate or just drinking somewhere glass is frowned upon, you’ll be the intrepid soul pulling out a steel can of whiskey.

Or many steel cans of whiskey, as they are also making flavored versions like Apple Crisp and Peach Tea. Sure, they sound like something you’d get at Grandma’s house, but...

No, let’s stick with that.