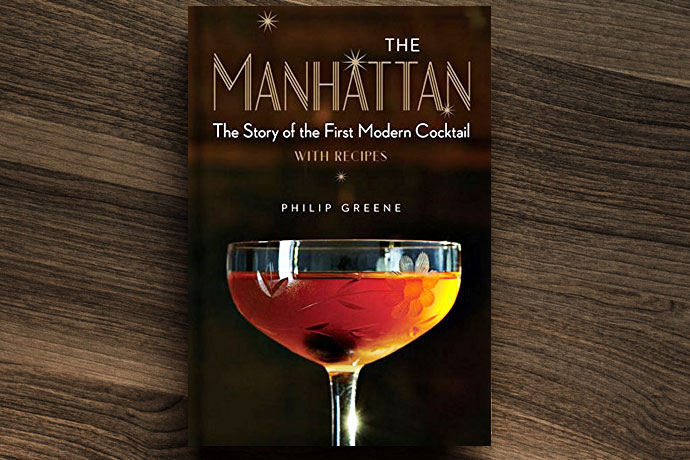 Ernest Hemingway. The art of the cocktail.

Few men are more well-versed in topics of such great import than Philip Greene. He’s the author of To Have and Have Another: A Hemingway Cocktail Companion, as well as the forthcoming book The Manhattan: The Story of the First Modern Cocktail. He’s also a cofounder of the Museum of the American Cocktail, a brand ambassador for Papa’s Pilar rum and generally someone with whom you’d like to consume an alcoholic beverage.

We caught up with him before a talk at the University Club of Chicago to discuss Hemingway, cocktails and Hemingway’s favorite cocktails.

What inspired you to write your first book, To Have and Have Another: A Hemingway Cocktail Companion?
It was sort of a confluence of two interests. I went to law school in New Orleans in the ’80s. I fell in love with the city—especially the food and drink, the music, the lifestyle, the architecture, the folklore. Ten years later, I realized my grandmother was born there and decided to trace my family tree. So I researched my French Creole ancestors all the way back to France and discovered this one cousin of mine was Antoine Amédée Peychaud (of Peychaud’s bitters). His bitters were used in the Sazerac in the 1850s. And that’s how I got my foot in the door of becoming a cocktail historian.

Ever since high school, I’ve also been a Hemingway buff. I got tired of reading magazine articles talking about his favorite drinks, because they were all wrong, and I knew better. So I thought, “Why don’t you write the definitive Hemingway cocktail book, because you know cocktails and you know Hemingway?”

From your book, it seems like Hemingway’s use of drinks is an interesting way to analyze his work.
It is a good lens. In addition to being a world-traveling bon vivant, Hemingway used food and drink to convey an additional layer of complexity and depth to his prose. So if the story took place in Key West, or Cuba, or Italy, or Spain, his characters were likely to be enjoying drinks from that locale. Further, he described the drink—the way it tasted, how it made the character feel, etc.—in a way I’ve never seen in any other writer.

To lay some rumors to rest, what was Hemingway’s favorite drink?
In terms of frequency, his characters drank whiskey and soda more than anything else. In Cuba, Hemingway drank the daiquiri—he set the house record for drinking 16 double daiquiris in one sitting. He loved the martini. He loved Campari-based drinks—the Americano, the Negroni, etc.—but he also made a hybrid that was more or less the Americano except with gin in place of sweet vermouth. He loved absinthe, he loved brandy and soda in his earlier days in Paris, he loved the gin and tonic...

So he pretty much loved everything, is what you’re saying.
There were a few things he didn’t drink. He avoided sweet drinks, so his daiquiri was made without sugar.

A lot of writers, especially in Hemingway’s day, were big drinkers. Why do you think people are so fixated on Papa?
You look at Fitzgerald, he drank plenty. Faulkner drank plenty. You can honestly say it took a toll on all three. But I put Hemingway in the same category as Winston Churchill, who famously said, “I have taken more out of alcohol than alcohol has taken out of me.”

Hemingway’s life was probably shortened by alcohol, but it was shortened by a lot of things—depression, hypertension, diabetes, concussions. His lifestyle was just so ridiculous. He was a badass. In World War I, wounded with 277 pieces of shrapnel in his leg, he carries an Italian soldier to safety. He covers the Spanish Civil War, the Normandy landing at D-Day, he’s part of the liberation of Paris. He survived two plane crashes in Africa in a matter of three days. He was impervious to death. I think people gravitate toward that big panorama of experience—which includes food and drink—that he put onto paper for us to enjoy.

What do you think Hemingway can teach us about drinking?
Well, you don’t want to drink yourself into liver failure and all that. But he taught us to enjoy the wide palette—to travel globally and drink locally, which he certainly did.

In your opinion, which book is Hemingway’s booziest?
Either Across the River and into the Trees or The Sun Also Rises. The Sun Also Rises is life in Paris, and life in Pamplona. They’re just drinking all the time, especially during the fiesta of San Fermin, which is like Mardi Gras.

If you could have a drink with one of Hemingway’s characters, who would it be, where would you be and what would you be drinking?
There’s no wrong answer here. One would be the little dive bar in Islands in the Stream with Thomas Hudson and Roger Davis, having a gin and tonic with Angostura bitters after a day of fishing.

Papa’s Pilar rum, for which you’re an ambassador, was developed with Hemingway’s family. Is there something about it that makes it distinctly Hemingway-esque?
They tried to model it after pre-Castro Bacardi, which had a grassy, straw color to it. It’s not your basic filtered-down-to-clarity light rum. It has character to it. The Papa’s Pilar blonde also has a little bit of sweetness to it, which makes for a very balanced, delicious Hemingway daiquiri.

Your new book (which comes out in May) is called The Manhattan: The Story of the First Modern Cocktail. What can you tell us about it?
Through most of the 19th century, you had the “cocktail”—it was spirits of any kind, plus sugar, water and bitters (i.e., the Old Fashioned). Then, around 1875, somebody noticed this product coming in from Italy called vermouth, and thought to add it to the Old Fashioned. That more or less became the Manhattan, which spawned the martini, the Rob Roy, the Palmetto, the Plimpton. All variations on the spirits-meets-vermouth-meets-bitters platform.

So that’s what you mean when you say it’s the first “modern cocktail”?
Yes, because it was two different alcoholic components in the drink—spirits and vermouth—going forward. Just seeing what vermouth could do to drinks created a huge amount of innovation.

You have 65 recipes and riffs on the Manhattan in the book. Which one is your favorite?
I love a good rum Manhattan—either the Plimpton or the Palmetto. Another favorite is the Queen Anne cocktail. I found it in an article about the Manhattan Club published in 1893. That’s a really nice drink.

You come home after a long day of work. What are you making?
I love a dry martini or a Manhattan. Or if I want something a little lighter in alcohol, I’ll make an Americano. Those are three great standbys.

Is there anything about modern mixology you really can’t stand?
It’s like this: if you go to a restaurant and the chef makes this amazing dish you can never make at home, you can appreciate the hell out of it. But it’s also great to learn how to enjoy an amazing cocktail you don’t need 15 exotic ingredients to make. So I try to teach the classics that anyone can make with an array of readily accessible ingredients.