From the Gilded Lily Guys...

Hang Out at This Lobby Bar 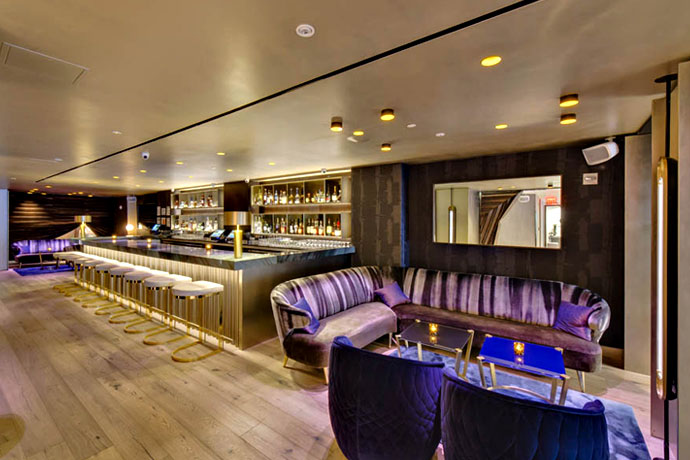 13 Photos Le Grande
Oh, hey there. Welcome. Good day so far? Stupendous. We see you’re interested in Le Grande, which is hopefully the velveted lobby bar of the future. It’s from the guys behind Gilded Lily and the Wayfarer, it’s at the Time New York Hotel, of the Theater District Time New York Hotels, and it’s open now.

Aside from the general art-deco-meets-Prince vibe, the place will look different every time you go because it’s just curtains. Curtains everywhere. Curtains hiding mostly varying sizes of purple velvet places to sit. Sometimes it’ll look like one huge space. Other times it’ll look like a bunch of private spaces hiding Bruce Willis or other actors currently doing Broadway.

You come for pre-show cocktails, one of which is a strawberry-hibiscus-infused tequila variant of a Negroni, called Showgirl’s Negroni, and all of which are here and were lovingly invented by a gent from Evelyn Drinkery, one of your city’s more underappreciated imbiberies (hey, they get to make words up).

Then you think, “I should have eaten. I always forget to eat first,” and you try to make up for it by summoning honey-butter grilled cheese with black truffle preserves.

Do we have to explain why you do that?