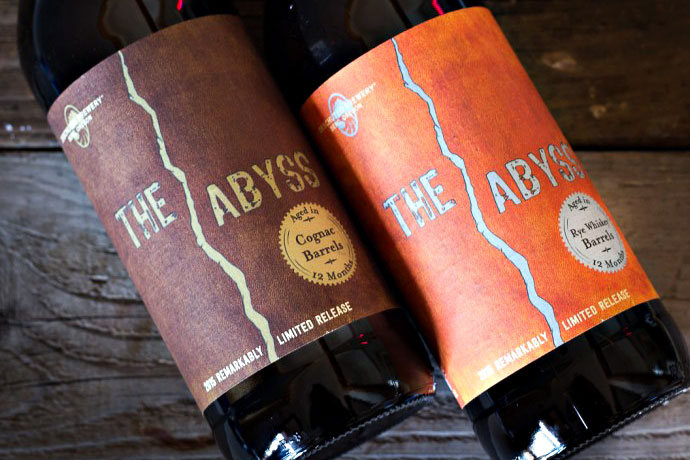 The Abyss, a seasonal imperial stout from Oregon’s Deschutes Brewery, is something we look forward to each winter. Right up there with the actual holidays. And this year was no different. Except that it totally was.

The Abyss Rye
The barrels come mostly from the Willett Distillery in Bardstown, KY, and they do whiskey things to the beer, like impart it with notes of vanilla and caramel. And it’s a heady 13% ABV, which seems like something you should know going in.

The Abyss Cognac
Here you’ve got a beer aged in very old, very French cognac barrels that give off lots of dried fruit notes and a sour-like characteristic. It clocks in at 12% ABV.

Each bottle is of the 22-ounce variety, and you may notice that the label says “Best After 12/1/17,” so feel free to cellar it.

Though no one will fault you for drinking it.

Food & Drink
Breakfast of Champions: Eat This, Win Gold
How the Most Prolific Medal-Winning Countries Start Their Day

Food & Drink
The Whiskarita Is a Newly Trademarked Cocktail
It Combines Colorado Unaged Whiskey, Lime Juice and Triple Sec. Don't Get It Wrong.

Food & Drink
This Is the World's Most Expensive Burger
It Features a Hedonistic Combo of Wagyu Beef, Beluga Caviar, White Truffles and Champagne

Food & Drink
Taste 20 Whiskeys That Changed the World
This New Tasting Set Is Important Work, but We Know You're Up to the Task