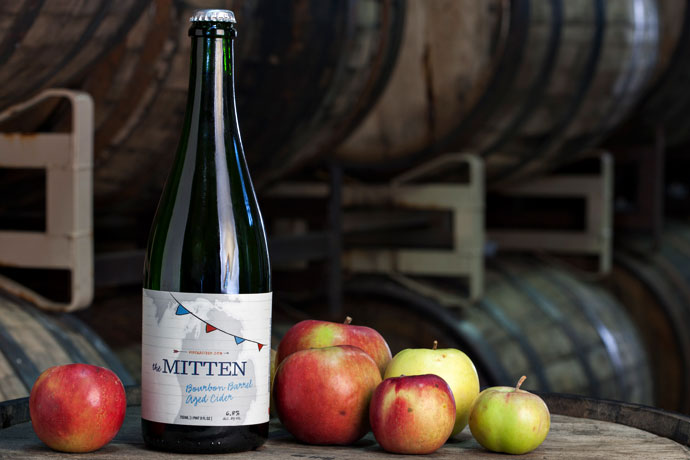 This is about the mitten one.

Because that’s a damn wintry name.

It comes from Michigan-based Virtue Cider, and it’s a seasonal release that blends bourbon-barrel-aged cider made from last season’s best apples with a good crop of fresh-pressed apple juice from this season.

Which is to say it has a lot going for it.

Food & Drink
How to Saber Champagne Like a Pro
Enlist These Tips From St. Regis Hotels & Resorts, Where Sabering Is a Nightly Ritual