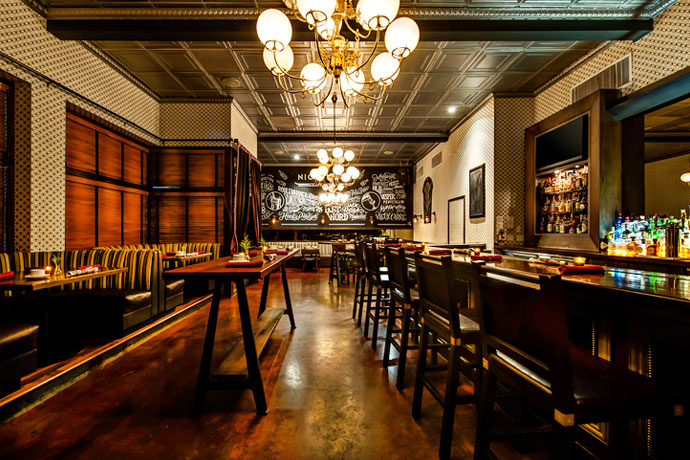 Day after the Golden Globes, and now breakfast wants to show its range.

So it’s starting at 10pm with bourbon french toast...

Don’t skip Nighthawk: Breakfast Bar, a new establishment that’s serving important cocktails alongside the most important meal of the day. Just... not in the morning. It opens Friday night in Hollywood, and here’s what it looks like.

You know that thing when it’s late and suddenly breakfast becomes 732 times more appealing than when you woke up? That’s the thrust of this comely little place from Genesis and Golden Box’s Jeremy Fall. Yes, breakfast at night. Yes, thrust.

So you’ll be in the area (preferably on a Friday or Saturday night, because those are the only times they’ll be open until next month). The desire for smoked-ham benedict fries and bourbon french toast from a Spago chef will strike. You’ll obtain a table and quickly be handed a gratis coffee and a copy of the LA Times.

And there you’ll hang out while the DJ plays old-school rock and hip-hop and takes requests. And you’re not just eating breakfast. You’re also imbibing it. In stuff like spiked cereal milk, mezcal-bearing coffee and rummy Orange Juliuses. Or maybe you’ll just have a Sazerac.

It’s not really a rules place.

Vacation or Work Remotely with These Luxurious, Lengthy Trips