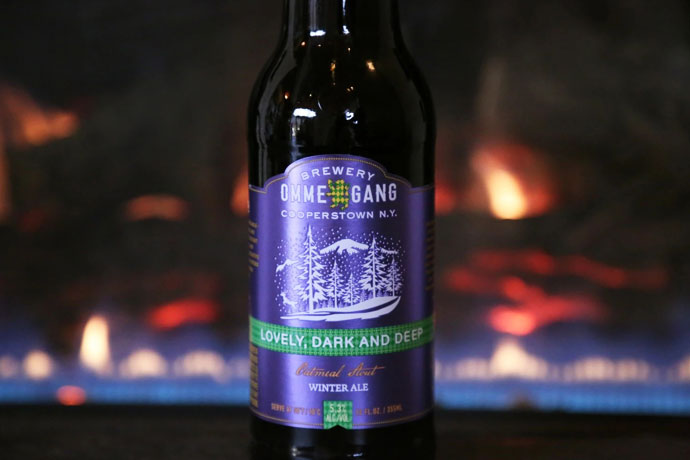 That’s how Robert Frost described some woods in a poem once.

You can probably guess which one we’re gonna talk about.

And you probably know Ommegang. They hail from Cooperstown, NY, where they busy themselves making good beer. This is one of those good beers.

It pours deep black and looks foreboding in the glass. But that gives way to roasted malt, chocolate, dark fruit and coffee notes with just the right amount of sweetness. So it’s very friendly, in its own way.

Find it on tap or in four-packs before it’s gone. And feel free to stock up so you’ve got an ample supply should winter run long, thereby forcing you to mete out rations through May.

Boy, would that be awful.

Food & Drink
This Is THE Book on Pizza
"Modernist Pizza" Is 1,708 Hunger-Inducing Pages of Recipes, Photos and Stories

Food & Drink
Meet Superfrico, the "Italian-American Psychedelic" Restaurant Coming to Las Vegas
It's From the Spiegelworld Guys, and It's Here to Blow Your Mind

Food & Drink
Momofuku Just Launched a Lineup of Dried Noodles
It's Like David Chang Is Cooking Inside Your Home. Kind Of.

Food & Drink
Have a Cocktail. Then Email One to a Friend.
One Part Co. Offers DIY Infusion Kits for Making Good Drinks at Home