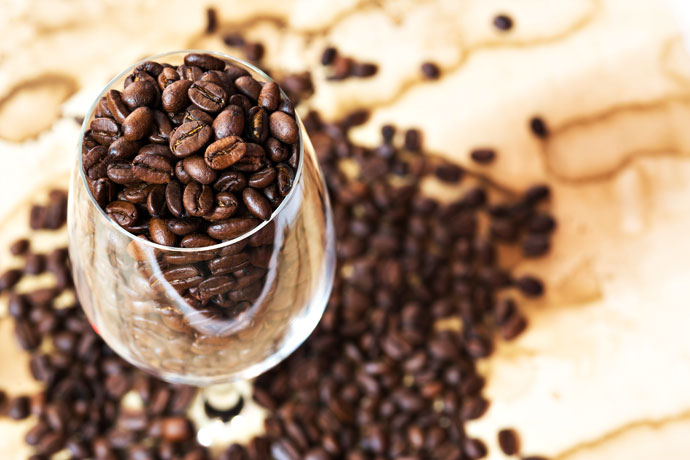 Over the next couple weeks, your diet will consist primarily of roast meats, champagne, wassail and cookies shaped like snowmen.

But you might want to pepper in the occasional salad.

Or better still, let’s say a university chemist created coffee infused with resveratrol, that heart-healthy antioxidant found in red wine. In that case, you might want to take note.

So now your morning pick-me-up contains the same level of antioxidants per cup as one glass of red wine, while leaving the flavor of the coffee beans unadulterated. It’s a neat trick.

Then again, you could just cut out the middleman and drink more wine.

Though that’s our recommendation for most things.

Food & Drink
Breakfast of Champions: Eat This, Win Gold
How the Most Prolific Medal-Winning Countries Start Their Day

Food & Drink
The Whiskarita Is a Newly Trademarked Cocktail
It Combines Colorado Unaged Whiskey, Lime Juice and Triple Sec. Don't Get It Wrong.

Food & Drink
This Is the World's Most Expensive Burger
It Features a Hedonistic Combo of Wagyu Beef, Beluga Caviar, White Truffles and Champagne

Food & Drink
Taste 20 Whiskeys That Changed the World
This New Tasting Set Is Important Work, but We Know You're Up to the Task