A Look Behind the Curtain at Guinness’s Experimental Brewery 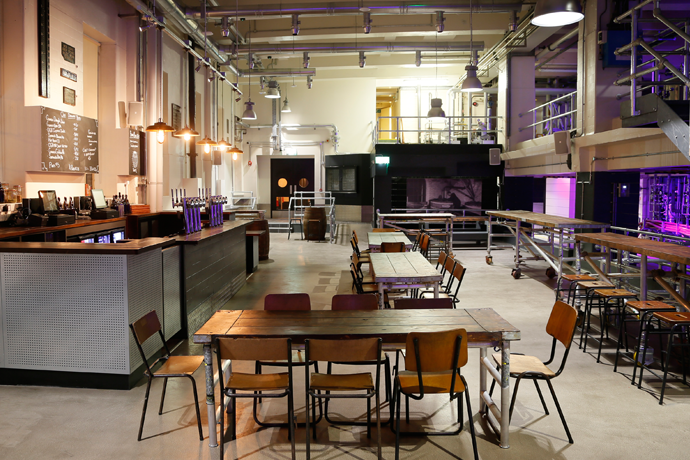 5 Photos The Open Gate Brewery
Today we bring word of an exciting new brewery in Dublin.

It’s called the Open Gate Brewery, and it comes to us from some plucky upstart called “Guinness.”

See, turns out that Guinness has been harboring a secret. That secret: there’s been an experimental brewery on site for more than 100 years. There the brewers are given license to explore new recipes, reinterpret old ones and experiment freely with all things beer. It sounds like a fine place. And now, for the first time ever, they’re opening the doors to the public each Thursday and Friday evening.

It’s a good time to be alive.

Once inside (go ahead, take a peek), you can order a pint of the traditional Guinness stout. But then you’d be missing the point. Because you should be trying all the experimental stuff—some of which makes the market, like the Nitro IPA and West Indies porter—and some that doesn’t, like small-batch versions of test beers that you can only taste at the source. Throw in a few beers from around the globe that you probably can’t find at your local bar, and you’re looking at a pretty full day.

And that’s not even counting the flight to Ireland.

Food & Drink
Here's What to Drink Over Memorial Day Weekend
Some New Whiskey, a Yuzu Spritz and Craft Cocktails in a Box

Food & Drink
Nick Offerman's New Scotch Is Aged in Guinness Casks
Give It to Your Dad on Father's Day. Or Give It to Yourself Any Day.

Food & Drink
Emotional Support Beer Is Here
It's Like Having a Dog, but Made from Hops and Illegal to Bring on Planes