If Kickstarter Opened a Corner Shop 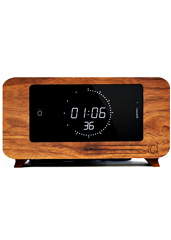 Let’s hear it for the underdogs.

The... people who invent things and then ask you for money.

Specifically, the people you find on Kickstarter.

And so are the things they invent.

Which is probably why someone just made a website filled with nothing but funded Kickstarter products.

Why yes, there is an adult-size Big Wheel...

It’s time to thumb through the virtual pages of Outgrow.me, a gloriously inglorious marketplace overflowing with all things Kickstarter and Indiegogo, online now.

This is the virtual equivalent of a general store that Eli Whitney and Oscar Wilde would’ve opened up back in the day. You know, because Eli Whitney was an inventor and Oscar Wilde walked around with lobsters on a leash. So, like, it’s invent-y and eccentric at the same...

Never mind. The point is this: they’ve got everything. And it’s all either available for procurement right now or currently in the preorder stage. Let’s see, there’s a hammock/sleeping bag hybrid, some Vermont maple and sea salt popcorn, an “annual clock” that tells time in seasons instead of... time. (So hopefully you’re a bear. You’ll love this thing if you’re a bear.)

Oh. Right. And that Big Wheel specifically engineered for adults. That’s there, too.

Presumably to go with your adult Hot Wheels.

Gear
Denizen Archetype Is a 3D-Printed Smart Pod That Lets You Work From Anywhere
Set Up Your New Office in the Woods, at the Beach or in Your Backyard