Future Weed: Getting High With the Latest Technology

While humankind was exploring space and striving to produce the first artificial heart, one forlorn genius forever lost to history was quietly pursuing a life’s quest to invent the bong. Or so we like to imagine.

From ad hoc bongs to five-figure glass pieces to widely desired volcanos and Paxes, cannabis and its enjoyment walk hand-in-hand with technology, with no other element we can think of coming with the same amount of ingenious paraphernalia.

In honor of 420, we thought it’d be the only logical course of action to take a look into where today’s weed technology lies. In a roundup of some of today’s most cutting-edge ways to get baked.

The Vape: Really more like a lightsaber-shaped bong-vape hybrid with water filtration, allowing you to vape or combust your green as desired with a swirly post-carb effect. It’s known as Hydrology9. And it even has its own light show. Hydrology9

The Pre-Rolls: Nitrogen-sealed joints from Oregon’s Grown Rogue. Which give off a small hiss after opening their glass tube, like tennis balls or soda. Only with super fresh, high-grade outdoor herb inside. And not, say, Tab. Grown Rogue

The Secret Weapon: AeroInhaler is the world’s first THC inhaler for a discrete device blending THC distillate and live resin terpenes from pharmaceutical grade ganja. Each smoke-free blast delivers 10MG of strains like Grape Ape and Sour Diesel from the 1000MG inhaler. Available in Colorado. AeroInhaler

The Inevitable Pods: Now you can get stoned as easily as you can get a K-Cup, with the transportable vaporizer Pax Era, which fits strain specific pods from a variety of companies, like Bloom Farms and Temple.

The App: Using Cannacopia is kind of like setting the controls for the robots in Westworld. Only you’re narrowing down which of the 7,500 strains of available weed there are in your city and pinpointing its location. Nice one, the future. Cannacopia

The Space-age Pen: Eden Extracts nails the devil in the details, with a thin cartridge crafted from quartz glass, Japanese cotton, a chrome-plated mouthpiece and a charcoal filter containing a clear, pesticide-free, strain-specific distillate made with cannabis-derived terpernes. It’s like a rocket scientist designed this. Just so you could get blazed in public. Eden Extracts

The Strains: Canndescent’s potent, proprietary strains are named for the moods they kindle, including Calm, Create, and Charge. Its latest flight comes festival-ready, bearing all its five strains in five pre-rolls, contained in a slim box with built-in papers, hemp wick and matches. Handy. Canndescent

The Cure: CBD pre-rolls. Just something you can smoke for a light body buzz that isn’t cigarettes or weed. Because smoking something is a still good excuse to stand around doing nothing and look like you’re doing something. Henry's Original CBD Pre-Rolls 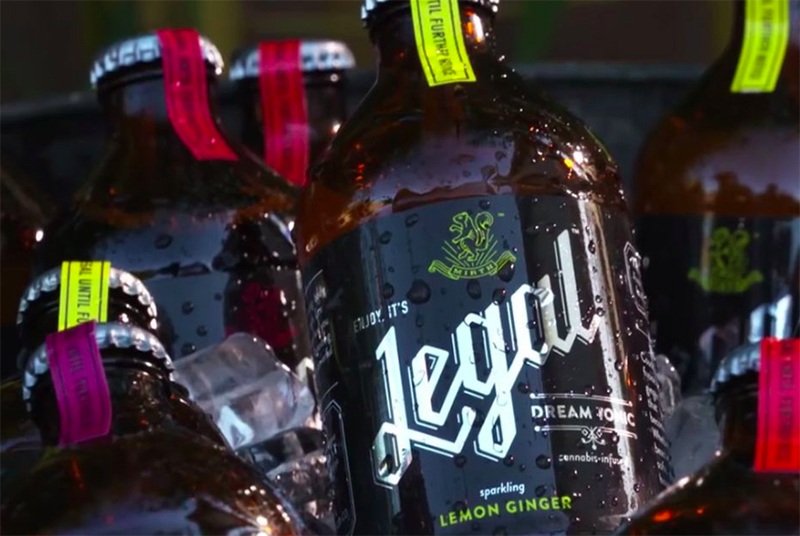 The Mixer: Mirth Provisions make sparkling cannabis drinks from healthy, real ingredients like Rainier cherries, espresso and pomegranate, along with cannabis extracted using a ton of science stuff you can read here. They come in a range of strengths and mix well with anything. Anything. Mirth Provisions

The Rig: The Battleship, a hand-blown borosilicate glass dab rig/bong hybrid with honeycomb and turbine percolators from Pounds, Snoop Dogg’s own glass company. Not to be confused with Leafs, his flowers, concentrates and edibles line. Pounds

The Travel Rig: Say you enjoy a good dab every now and again. But you’re not exactly trying to take a blowtorch and glass rig on the road. You’ll want to get your hands on Jetty Extracts’ Dablicator 2.0, a portable rig  for oil, wax and liquid. Jetty Extracts

The Home Kitchen Essential: Levo, an extremely easy to use countertop appliance used for infusing herbs into your own butters and oils. The mind reels... Levo

The Ice Bong: This mold from Eyce lets you make your own bong out of frozen water. Allowing you cold hits and the ability to smash it on the floor dramatically after each session. Eyce Molds

The House Call: If you don’t want to show your face at a sketchy office to get a medical cannabis recommendation, just go online and have everything done secretly and securely in an instant face-to-face consultation with Heally. Glad we had this talk. Heally

The Blunt: The glass blunt, that is, a glass cylinder that allows you to smoke a lot of weed for a prolonged amount of time. Lax Pax Bluntz has updated the technology, packing two 2-grams and an infinite cherry into a water-pipe compatible chamber. Lax Pax Bluntz

The Nightcap: Quite the civilized joints you have here from Island, what with assets like limited edition numbering and banana leaf papers and really, really, really, just really good weed inside. Island Cannabis Co.