A Faithful Recreation of a Famous Swinging '60s London Bar

Drinking With Fembots and Laser Sharks in Glendale 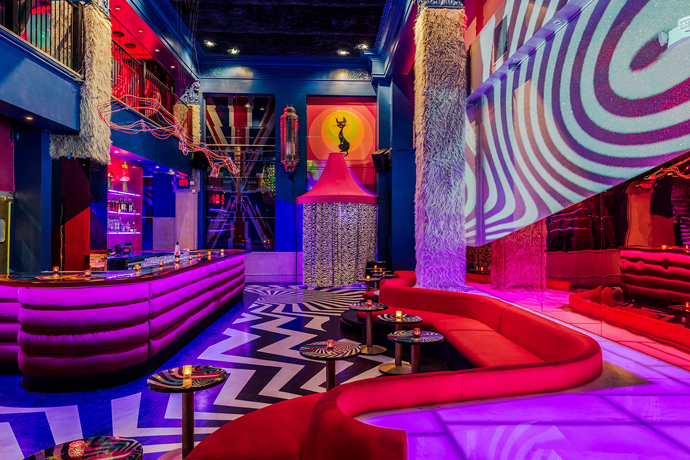 You're going back in time.

Not to eliminate John Connor.

Or to save your siblings from fading from a treasured Polaroid.

Your only assignment: Drink a Boulevardier with a Fembot.

As you're hurtling towards Electric Pussycat, the faithfully refabricated, swinging '60s London bar from Austin Powers, now open in Glendale. This slideshow is all kinds of neon.

No matter. This place is still impressive and thoroughly transporting. And while there, expect to encounter...

How they found actors looking for work we'll never know.