This Sound-Reactive LED Mask Is Trippy As Hell

You've Got to See This Thing In Action 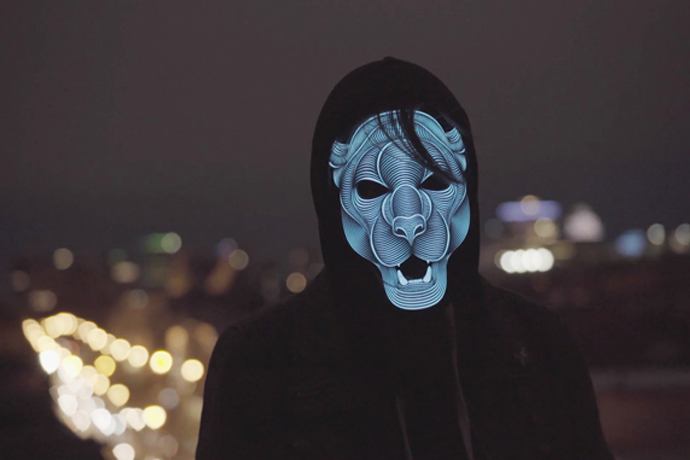 Behold the very trippy, very creepy, ultimately very cool LED Mask created by the creative entrepreneurs behind the Canadian collective Outline Montréal. It's currently some $200,000 above it's Kickstarter goal and counting, so safe to say the world needed this. Before we go any further, have a look at the damn thing in action.

The mask itself integrates art and tech into a lightweight, foldable and adjustable mask that can transcribe any sort of music into illuminations. It's powered by phosphorus ink, which produces a particular kind of neon glow, and a lithium modulator that can convert sound waves into programmed patterns of pure organic light.

And they've just added eight different designs to the mix, including a jaguar, a fox, a Hunter S. Thompson in Fear and Loathing-inspired mask and last, but not least, the Obamask.

Scoop one up for your next rave, Burn, concert, family dinner, festival, Burning Man, meet-the-parents...

Gear
MNML's Solar-Powered Golf Bag Plays Music and Charges Your Phone
It Also Keeps Drinks Cold. So That Covers All the Most Important Parts of Golf.