A Lovely British Pub That Does Its Own Brewing

Meat Pies, Ales and a Couple of Patios That You'll Know What to Do With 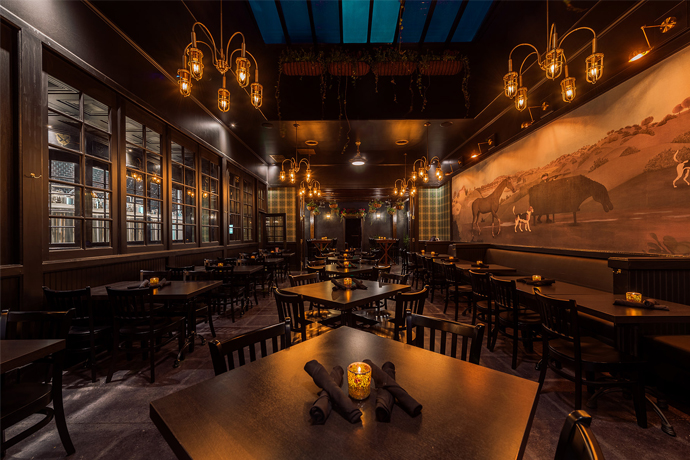 The longer we chatter up here, the longer it'll take you to enter a blissful state of non-labor.

So let's get right into Stalking Horse, a beer-fueled British pub from the brains behind Golden Road Brewing, opening Tuesday in West LA, precisely when you'll need it.

It's yours to behold right here, looking like an age-old Cornish pub baring a minor goth fixation. With coal-black bowels, tartan walls, a pastoral mural and windows peering into a small army of brewing tanks. Which bodes well for you and the friends you'll meet here following, dare we say it, work.

Because soon, you'll be drinking old ales and Irish stouts or whichever British beers they end up making in the months ahead with a brewer from Pizza Port. For now, just make it a whiskey or whichever cocktail sounds good before savory pies and fish and chips.

But if you're looking for a more enchanted evening, that's why patios exist. And this place has two. Including a handsome one in the rear where you can sip a drink while watching the sky through a honeyed fog of nostalgia for days gone by.

Or is that smog?