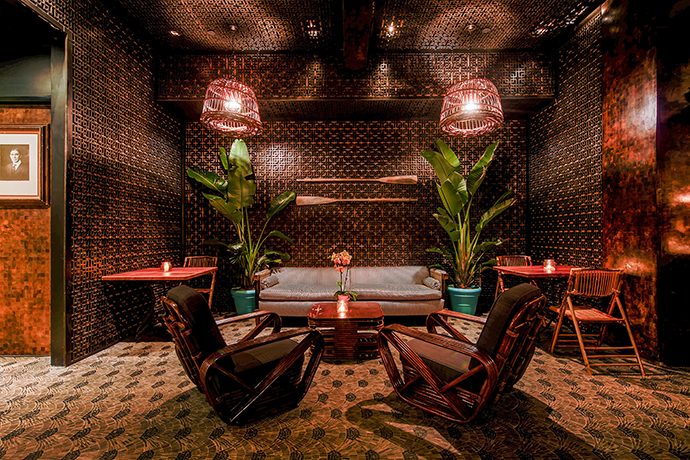 11 Photos Lono
Remember when you used to go out on Hollywood Boulevard?

Then you didn’t go out on Hollywood Boulevard so much?

Then you were a little frightened of Hollywood Boulevard?

Because you absolutely must see Lono, an insanely good-looking tiki bar from the owners of Melrose Umbrella Company that opens on Friday. It’s going to be fun.

You’ll enter to a soundtrack of tropical birds in this beautifully restrained temple of Pacific artifacts culled from the ghosts of great tiki bars past. (The originator, Don the Beachcomber, was itself just a few blocks away).

Take that back into the Tea Room to share an oxtail bun with your date. Or, if it’s a group situation, reserve one of the alcoves on the dream of a Casablancan back patio. That’s where two seatings will occur three nights a week for tableside dinners of Peking duck and live spot prawns, alongside punch served from a gilded octopus.

Count on this place being popular. And let us let you in on a hack: a policy at the door called “Dressed to the Nines, Skip the Line,” an enticement to revive the golden age of well-dressed Hollywood.

Not that you were planning on anything but.