The Cat & Fiddle Comes Roaring Back to Hollywood

And the Patio Legend Rides On... 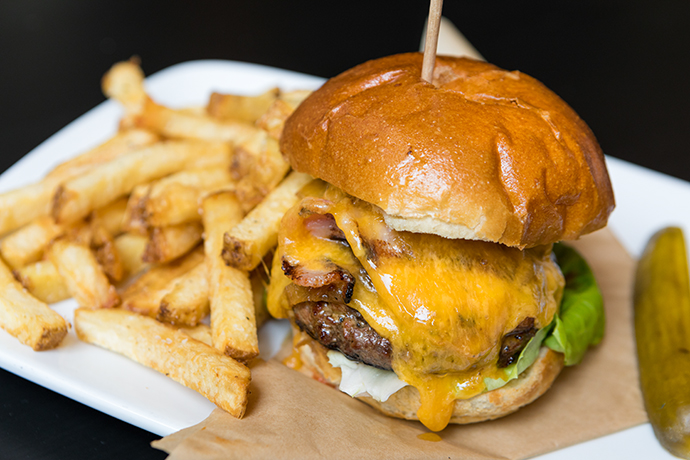 And a special place in hell for whatever uprooted it.

But that’s all probably better left in the past now that the Cat & Fiddle, everyone’s favorite British pub, is back and soft-open in a new space on Highland right above Melrose.

You may recognize some of these ageless pistols and British transit flags and that phenomenal stained glass on the blossoming patio. This will remain a great place for posting up with a pint for the rest of your life or so.

And here are some new things to look out for, too...

Cider.
They’ve got their own dry cider on draft made from California apples.

Banger flatbreads.
There’s a wood-burning oven for stuff like that and for Sunday roasts. There’s also a tighter menu retaining good things like shepherd’s pie and bacon burgers.

Caffeine.
It’s still a neighborhood place that understands a neighborhood’s needs. So now there’s a program with Silverback Coffee, breeding drinks like an English Rose latte.

Cocktails.
There are new ones. Like the West Drayton with Earl Grey-infused gin. Which sounds so British.

Other than things like that and, you know, the entirely different physical manifestation of the place, everything’s pretty much going to be the same again.

Repeat to yourself: Everything’s going to be the same.