First You Drink Malbec. Then You Mount a Horse. 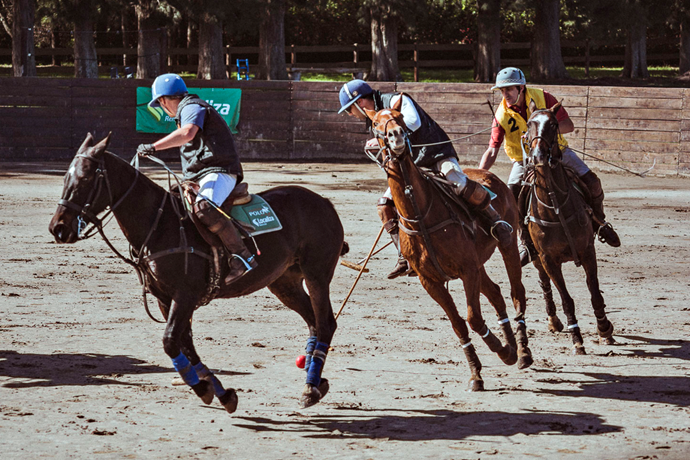 20 Photos Argentina Polo Day
Last Saturday, on a picturesque day in Buenos Aires—think Wisconsin in early September, but Argentina in mid-May—a few friends and I liberally drank red wine, gorged ourselves on grilled meats and played a real-live polo match, despite having little-to-less experience in riding horses while swinging large mallets.

It was thrilling. And only a little dangerous. And now I’m fairly certain polo is one of those activities, like playing darts or flirting in a foreign language, that you’re better at tipsy. I’m also fairly certain that’s completely incorrect.

What I do know for sure is that, should you find yourself seeking a mixture of debauchery and old-school sophistication in Argentina, you need to book a polo day for yourself. What could go wrong?

Your day will start around 10:30am, driving about an hour outside of Buenos Aires with a member of La Carona Polo Club, in our case an amiable French expat-cum-polo-fanatic. They will breathlessly detail the history of Argentina’s rich polo culture, which goes a little something like this...

Introduced by English immigrants in the late 19th century, the country has since become, through a combination of large open spaces, wealth and skillful cattle-rearing, a hotbed for the sport. Of the handful of players in the world with a 10 handicap—ten being the best—almost all hail from Argentina.

Buenos Aires hosted the first-ever World Polo Championship in 1987, and continues to host the trio of springtime tournaments known as the Triple Crown, which consistently exhibit the highest level of play. Rich patrons from all over the world make a habit of paying Argentines to play on their teams. The country even has its own breed of polo horse: the Argentine Polo Pony, whose precious embryos generally cost upwards of $50,000. (Related: I will hopefully refrain from using the phrase “precious embryos” again here.) 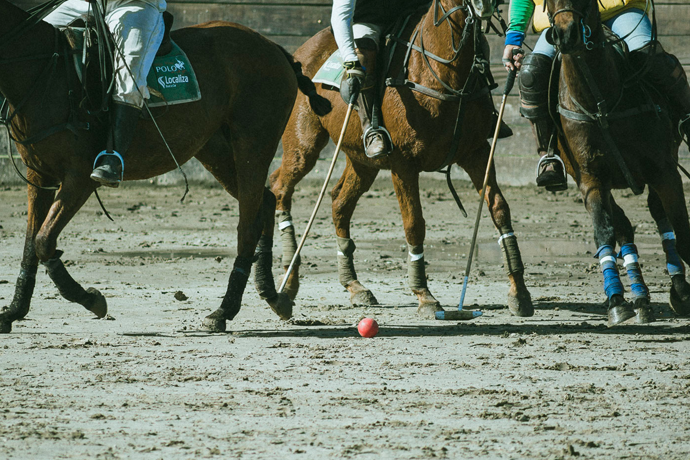 Upon arrival, you’ll be greeted by several puppies, a small mountain of empanadas and a few glasses of chilled red wine. It will not even be midday. You won’t care. It's vacation.

You’ll take in your surroundings: a 100-acre expanse of verdant green and tall trees dressed for autumn, outfitted with two outdoor polo fields, one walled-in pitch, a guesthouse and roughly 90 horses; the pulpería, a traditional name for a place where gauchos can take a break and have a bite to eat, predictably handsome, decorated with diamond-tufted leather couches and rust-encrusted horseshoes; members wearing knit sweaters, preppy and functional; the sound of a dog barking; the smell of charred meat drifting in from the giant grill. In general, the club will feel like a Ralph Lauren catalogue come to life in a rural town outside Buenos Aires.

A half hour or so later, you’ll find yourself in the stands of La Corona’s pitch, reserved for wet or rainy days that make the grassy fields unplayable. You will be passed more wine while watching the members of the club play an exhibition match. 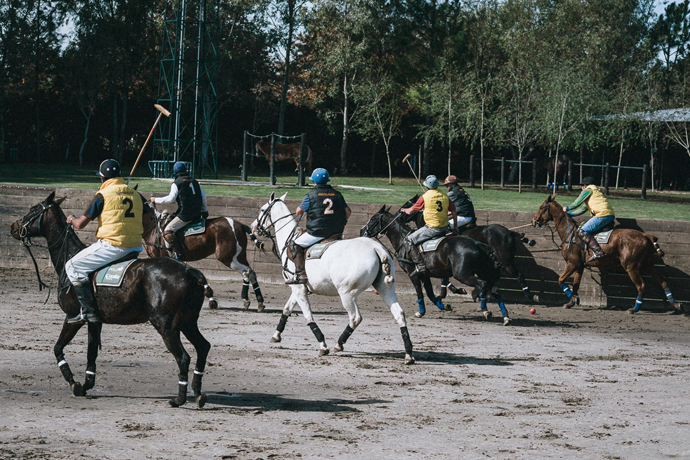 On a polo team, there is typically one defender (often the best player), one forward and two players who more or less help carve out a path for the forward to score. Each player switches up their horse at various intervals throughout the match, for tactical and recovery-related purposes. Neither strategy will be visibly apparent to you, due to the wine fog or the very nature of this game.

Even so, there is a singular grace to polo perceptible to even the most inebriated observer. It is, by nature, a sport immune to the march of time and tech, raw and—for lack of a better word—animal. In spite of this fact, it’s also downright polite, the horses as nimble, precise and disciplined as Italian engines, the men riding them as sharply dressed as the J.Crew lines they help inspire. To play polo, one might say, is to revel in that ancient tension between man and beast, intelligence and brute strength.

Unless, of course, you’re a group of Americans visiting Argentina who, after consuming their body weight in delicious steak, ribs, chorizo and wine, sign a waiver (one that simply would not exist in the United States) and are then permitted to mount a horse and hit the polo pitch. In that case, it’s sort of like a first grade soccer game. Except on horseback. With huge sticks. 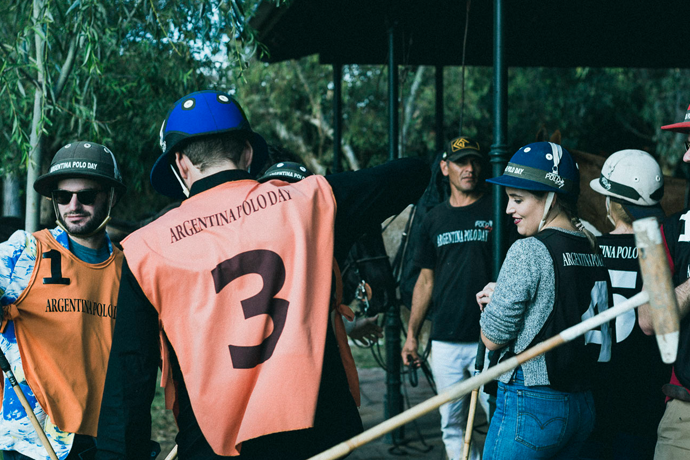 At one point, your friend, leaning out of the saddle to reach the ball with his mallet, may actually fall off his humble steed. It will be elegant, though. As elegant as tumbling from a humble steed while reaching desperately for a polo ball could ever be.

Given everyone's utter lack of polo skill, the game will be oddly competitive. Mostly, it will consist of packs of horses standing next to each other, you whiffing hard with your mallets and drunken shouts of encouragement. You may eventually smack the ball with a backhand (sort of like a reverse golf swing), hear the thwack of the sweet spot and watch it scamper towards the goal. Perhaps you’ve never hit a home run, because baseballs are small and move really fast, but you can imagine that this is what it would feel like. And it will be satisfying.

After the game, your crew will steer the horses out of the pitch and take a victory gallop around the grounds.

Yes, there will be a sunset. And yes, you can ride off into it.