Pinball, Live Punk and a Highball Gun on Broadway 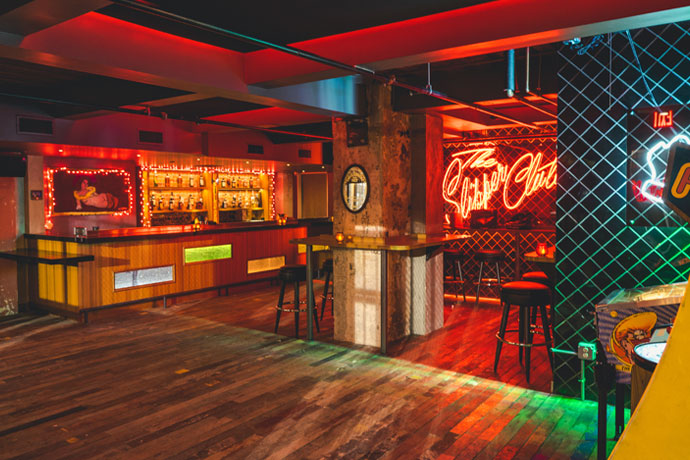 The blossoming of punk.

The overall sense of societal decay.

Feel them all at The Slipper Clutch, a nearly gritty new ’80s-inspired bar from a gaggle of Downtown dons that includes 213 Hospitality, now open in this general form.

Imagine CBGB’s was a West Coast institution with a firm policy against people writing on the walls. It might be a little more like this neon-bathed vision of concrete and raw brick hanging out under a “Highballs” sign behind the bathrooms at Broadway’s Bar Clacson. Right, Broadway. Hence the societal decay part.

Or not. It might just be a low-key spot to meet friends for a highball when the day is done. Try something like a Seven & Seven or gin and tonic, which flow straight from the nozzle of a soda gun. Then take that and a suitable companion to the mezzanine for Pac-Man or Spider-Man pinball. Or remain below if a band is bashing about on stage.

And you should probably know that tonight, there’s going to be a Cinco de Mayo party with gratis tacos and hot dogs, and an also-gratis shot of mezcal when you procure a highball.

That might be a warning. You’ll know by Saturday.