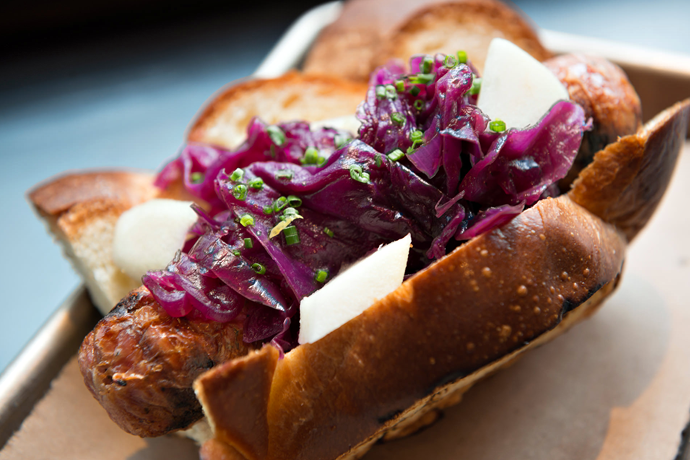 11 Photos Mikkeller Bar
Denmark has given you so much.

And now, naturally, a Downtown bar with 52 draft beers.

That would be Mikkeller Bar, a fairly-world-famous institution of quaffable liquids and the kinds of foods that go with them, opening Friday.

Here it is. Would you agree that it’s a modern industrial beer hall full of communal tables, blonde wood and a bunch of handles that magically produce beer when you touch them correctly? Great. Let’s continue.

Because these people carry the vanguard of interesting ales to consider. About half of them are from Mikkeller themselves. Wondrous, moving, European-ish ales like sours aged on gooseberries in oak, trippels from Four Roses barrels and coffee IPAs made with the band the Descendents. Which, alright, isn’t so European-ish. Fine.

These are obtainable with fitting delectables like duck sausages and open-faced tri-tip pastrami smørrebrød. And if someone in your crew isn’t coveting beer, there’s wine on draft and pho-inspired vodka cocktails with coconut milk, basil and habanero bitters.

To explore these things in private, there’s another little room off to the right with walls made of Legos.