A Grand Breakthrough in the World of Big Nights Out 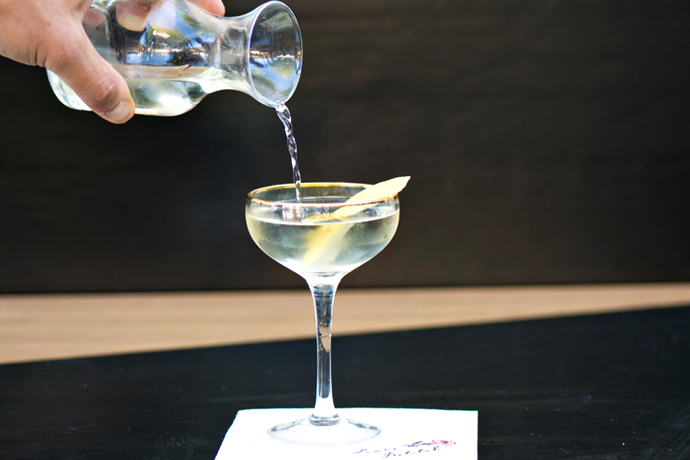 26 Photos Delilah
Whatever else is claimed to be true or false today, it’s an irrefutable fact that this has to be the nicest place on earth to consume a funnel cake.

And with that, let’s step back in time to Delilah, an alluring new restaurant melding baby back ribs, tumblers of amber, live entertainment and, yes, the occasional unexpected confection. It’s now open from the h.wood Group, and here’s the slideshow.

What you have here is indeed a lovely place reminiscent of the type of bygone haunt where you’d find John Barrymore and Errol Flynn drinking the night away through a liberal employ of burnished woods, plush pink-trimmed booths and one major marble fireplace.

Make a reservation to sit a spell over drinks, dinner and music whenever there’s something to celebrate with friends. That way you can get the ribs you wanted, but also partake of their cedar plank salmon and filet mignon.

And once the plates are cleared, you’ll feel no urgency to go elsewhere. After all, that funnel cake is on the way. And a Loca Loni (banana-and-spice-infused reposado, Tuaca, tawny port, Frangelico and teapot bitters) just appeared. And a piano-strapped four-piece band is coming on stage to play classics and favorites.

And you’re super into at least one of those things.