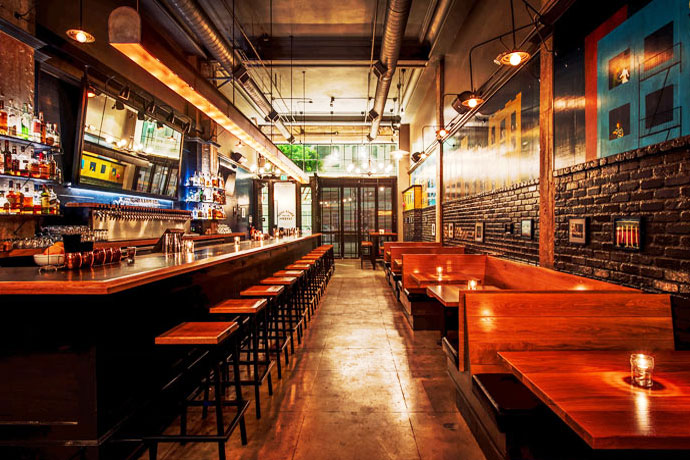 This place has a cocktail inspired by Color Me Badd.

This is a handsome, non-sports-bar kind of sports bar from the forces behind the drinks at Same Same. With sumptuous booths in back and a mural of an animated city running opposite the bar. The only thing that appears to be missing is devastatingly well-coiffed individuals such as yourself to come drink their drinks.

You’ll be doing that with proximate friends on weekends, after work and for general 7th Street pre- or postgaming. Settle in for something like a patty melt or the Welsh rarebit with a Color Me Rad (gin, pear brandy, pineapple, ginger and lime). Or something that doesn’t get “I Wanna Sex You Up” indefinitely stuck in your head.

And yes, there are flat-screens on the walls. But they won’t be on too much. Mostly just when the Rams are playing.

You have forsaken all other allegiances, right?