Two Glorious Brunches and One Dazed and Confused Screening

The weekend just dusted off its seersucker. 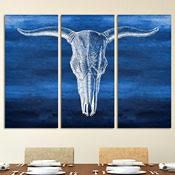 Have Some Statement-Making Art

Your Perks: 1) Canvas prints that come in threes. Admit it, you’ve got the free wall space. 2) An MIT-grad-made sweater that uses science to keep you comfortable. 3) A velvety-soft-lined home for your sunglasses. Or eyeglasses. 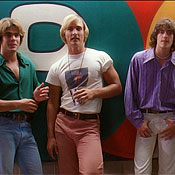 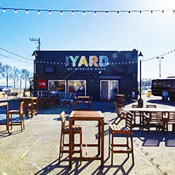 The Yard Is Opening Again, and You’re Going to Drink Beer There

The Yard at Mission Rock was definitely a highlight of last year’s Giants season, what with it being a beer garden and all. And good news: they’re reopening on Friday with some new things like meat from Belcampo Meat, a soccer field and a Giants-themed beer. Beer still being a major component here. 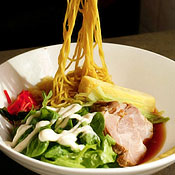 On your list of restaurants that are opening soon that you’re really excited about: Itani Ramen. What you’re doing this weekend: going to the Itani Ramen pop-up in Oakland to sample noodles and gyoza and other things before they open. Glad we could settle that. 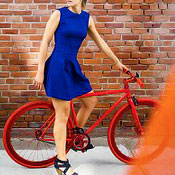 Perhaps your bike is due for a tune-up. Perhaps you don’t have a bike. Either way, consider heading over to Spoke Easy, a new neighborhood bike shop in the Richmond. They’re having a grand-opening thing on Saturday with drinks and stuff. Which makes “and stuff” sort of anticlimactic. 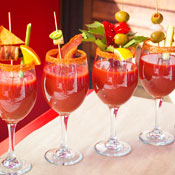 So Many Bloodys. So Many Bagels. So Much Brunch.

Sunday. You’ll want a Bloody. Probably a bagel. So hit Diane’s Bloody Mary Brunch at Mina Test Kitchen for seven kinds of Bloodys and bagels topped with latkes and pastrami. Or to Stag Dining’s Easter brunch with Wise Sons, complete with a DIY Bloody bar, bagels and smoked fish platters. Keep being you, Easter.

The Weekender
This? Just an Arrested Development-Themed Cocktail List.
Plus, a New Brunch That's All About Eggs Benedicts and a Serious Napa Spa Renovation Situation

The Weekender
Look What Trick Dog Just Did to Your Drinking World
And When You're Done With That, Go to a Bastille Day Block Party

The Weekender
A Roller Disco Kickoff to Pride and a Mini Golf Kickoff to Your Next Date
And Since We Promised You New BBQ, There's That, Too

The Weekender
All the World Cup and Father's Day Action You Require This Weekend
Plus a Donut Party, of Course

The Weekender
Cuesa's Birthday Party Is a Bit Ridiculous. Good-Ridiculous.
And Negroni Week Is Back to Paint the Town Red

The Weekender
Wet Hot American Summer, a New Dessert Spot and an Escape Room Where You'd Least Expect It
To Say Nothing of the New Sunday BBQ Series