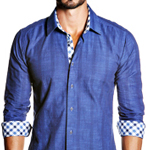 Your Perks: 1) A colorful collection of slim-fitting Jared Lang shirts. Because spring is a season that’s happening now. 2) Gordie Howe, Martin Brodeur and other hockey greats signed their jerseys for you. You can thank them never. 3) Exquisite, Swiss-made watches you could gift for Mother’s Day. Or keep for yourself. 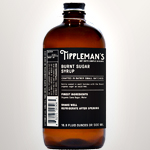 Here’s a Bunch of Not-So-Simple Syrups

Simple syrup has done a good job of being sugar water. A respectable job. But now there’s this: a new assortment of handcrafted syrups from the team behind Bittermilk in flavors like Barrel Smoked Maple, Ginger Honey and Island Orxata. You know... Island Orxata. 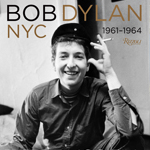 Here’s a book full of Ted Russell’s never-before-published photos of Bob Dylan when he first moved to New York City back in the early ’60s. Inside, you’ll find him:

—Performing live at folk clubs like Gerde’s.
—Writing and practicing in his Greenwich Village apartment.
—Being more Bob Dylan than you. 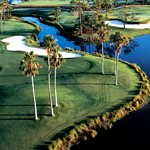 “Congratulations. You’re one of my 49 closest friends, so you get to join me on the PGA National Resort’s Champion Course for scrambled eggs and a few rounds of golf. I rented the whole thing out for the day because suddenly they let me do that.” —Not Someone Else 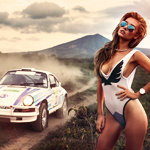 In Case You Missed It...

On Kempt: Polos. Here are 10 worthy of your torso’s consideration this summer. And check this out before putting on your next pair of socks.
On Driven: Oh, look. It’s Veronika Klimovits standing in front of a Porsche 911 rally-er. Equally attractive: this Ex-Works Aston Martin Ulster “Le Mans.” 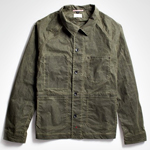 Nice Items That Are Not Full Price

Apolis: What white linen scarves, waxed jackets and indigo-striped shirts have in common: 1) You would wear them boating. 2) They’re 30% off right now.
Stag Provisions for Men: Cardigans. Quilted bombers. Other things on this website. Use the code “40MORE” for an additional 40% off stuff that’s already on sale. Stag might hate money.

The Weekender
Cider, a Rocket Stove and Binge-Worthy TV
It's Everything a Good Weekend Requires

The Weekender
The Weird Internet Hall of Fame: Hooked On a Feeling
The Music Video for David Hasselhoff's 1997 Flop Will Live Forever

The Weekender
Batman’s Illustrious Sex Life and the All-Inclusive Resort of Your Dreams
Oh, and Don’t Forget About Father’s Day...

The Weekender
On Fancy Pocketknives, Bob Dylan and Your Great Maldivian Romance
We’re Here to Discuss a Few of Your Favorite Things

The Weekender
For Memorial Day Weekend and Beyond...
What to Wear, What to Drink and Who to Hire as Your Golf Caddie

The Weekender
If You Like Master of None, You’ll Love This Vacation
And If You Want to Wear a Bro Romper, Read This First