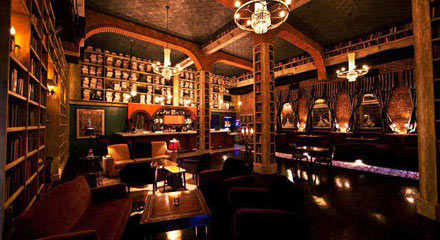 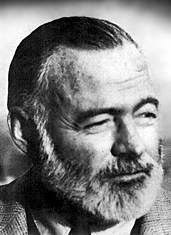 Hollywood has always looked to books for inspiration. Some of which were not even written by Stephenie Meyer.

And now Johnny Zander, the nightlife superhero who brought you Teddy’s and Green Door, has turned books into... cocktails.

Introducing Hemingway’s, a showstopping new bar with the potential to be the city’s next great hangout, officially opening Tuesday on Hollywood Boulevard.

Basically, this place looks like a party spot disguised as a library—just where you’d find Hemingway if he were still around today and socializing with TV actresses instead of expats. (You’ll settle for the actresses, though—Zander and film-producer partners Elie Samaha and Donald Kushner will put you in industry-heavy company.)

So on those nights when you want a well-mixed drink and a bit of a scene, you’ll step past the Hollywood Boulevard grunge and through the indoor-outdoor foyer, and come to a large room with comfortable old couches, thousands of books in the walls and pillars, and a whole wall covered with vintage typewriters. And a DJ booth.

As you bask in the upscale Dead Poets Society of it all, you’ll want to order a Moveable Feast (rye whiskey, sage, lemon, honey and berries). Or for something a bit more Keys-y, there’s the Old Man and the Sea, which is sort of a thinking person’s mojito.

We don’t recommend the Ketchum, Idaho.