Five Ways to Get Your Fill of Pumpkin

Pumpkins. Good as beer. Good as lattes. Good as o’ lanterns. Good as... a whole bunch of things, actually. Like these five things. 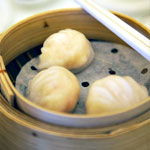 Where: Pubbelly.
Made with: Duck and hunks of pumpkin lovingly encased in a steamed dumpling with oranges, almonds, cinnamon and brown butter. The Great Pumpkin abides.
Pairs well with: Bottomless Bloody Marys. And an extra notch on the ol’ belt. 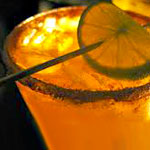 Where: Shore Club.
Made with: Pumpkin-ginger syrup, graham cracker, tequila, lime and a salt-and-pepper rim.
Pairs well with: A pool party. Obviously. 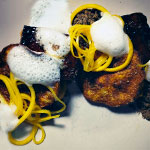 Where: Eating House.
Made with: A glorious chunk of pork belly that’s been glazed in coffee with raw and cooked pumpkin, smoked milk and Jacobsen Stumptown coffee salt.
Pairs well with: A cup, starring your misspelled name. 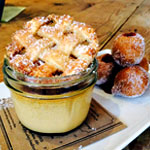 Pumpkin with a Side of Pumpkin

Where: Yardbird.
Made with: Pumpkin pie that’s been layered in a jar with pomegranate gelée and gingersnaps. On the side: pumpkin donut holes filled with cranberry. Two desserts, one dish. We like those odds.
Pairs well with: A nap. 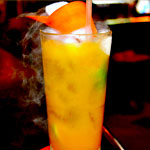 Where: SushiSamba.
Made with: Fresh pumpkin puree. Cachaça. Mezcal. Lime. And a dollop of dry ice so that the drink actually smokes. Clearly, dry ice is an exact science.
Pairs well with: Another one.